MEA official in Doha for talks on Afghan peace process 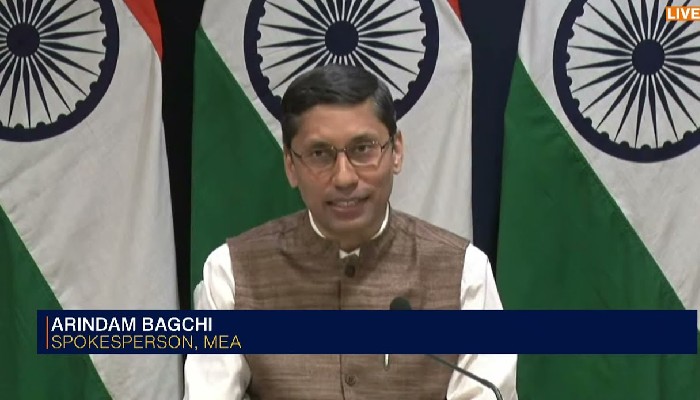 The Ministry of External Affairs on Thursday informed that India is participating in a meeting on Afghanistan Peace Process in Doha. Joint Secretary (Pakistan, Afghanistan, Iran) JP Singh is currently there as he has been invited by Qatar Special Envoy Mutlaq Bin Majed Al-Qahtani during his visit to India last week from August 5 to August 8.

“The meeting will include several other stakeholders within Afghanistan. The meeting is underway today and we will share with you updates once the meeting is over,” the MEA spokesperson Arindam Bagchi said in a media briefing.

During his visit to India, the Qatar envoy had met External Affairs Minister S Jaishankar during which the EAM had shared India’s perspectives on the recent developments in the war-torn country.

Jaishankar in a tweet had said that he was pleased to receive the Qatar special envoy. “Shared the Indian perspective on recent developments in Afghanistan. Also the concerns of the region that I had heard during the interactions”

Qahtani had also met Indian Foreign Secretary Harsh Vardhan Shringla. The MEA Spokesperson noted that discussions were held on the situation in Afghanistan for a peaceful and stable country. The Qatar spokesperson also discussed bilateral relations with the Foreign Secretary.

As regards the situation in Afghanistan, Bagchi said that India hopes for an immediate and comprehensive ceasefire. "We are supporting all peace initiatives in Afghanistan. Primary concern is peace & stability in that country", he said.

When asked about discussions with the Taliban, Bagchi said, "We are in touch with all stakeholders, various stakeholders. I would not like to say anything further".