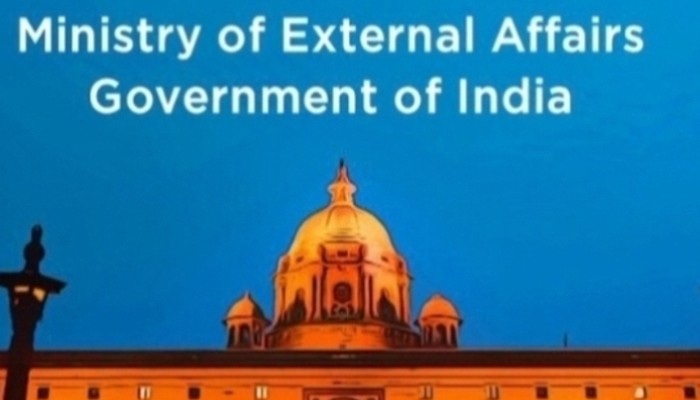 India was in touch with all stakeholders as the situation on the ground was evolving, MEA said

Expressing hope that there will be an immediate and comprehensive ceasefire in Afghanistan, the Ministry of External Affairs (MEA) on Thursday said it is closely monitoring the developments in the war-ravaged country.

“We are supporting all peace initiatives Afghanistan, our primary concern is peace and stability in that country and offering a prosperous future that is independent, sovereign, democratic,” said MEA Spokesperson Arindam Bagchi at a press briefing.

Bagchi maintained that India was in touch with all stakeholders as the situation on the ground was evolving.

Speaking about the threats posed to safety and security of Hindu and Sikh minorities living in Afghanistan, the MEA Spokesperson said, “We are closely monitoring developments in this regard, we are concerned about the deteriorating security situation.”

Referring to Wednesday’s security advisory issued by India for its nationals, he said, “Our mission in Kabul issued an advisory for Indian nationals earlier this week, advising them to return to India via commercial flights.”

“Last year, our mission in Kabul had facilitated the return of more than 383 members of the Hindu and Sikh community in Afghanistan, to India, and our embassy, our mission Kabul continues to remain in touch with Afghan Hindu and Sikh community members and we will ensure the provision of all necessary assistance to them,” the MEA Speokesperson said.

Replying to a question on reports of Indian assisted projects in Afghanistan under attack by Taliban, Bagchi stated, “I think it's wrong to term them as, you know, Indian projects. These are projects that were done with Indian assistance, Indian support, but are projects of the government and people of Afghanistan.”

“And once we hand over them, we don't make any claim that these projects as our own, of course, these are very useful and important projects for the development of the people of Afghanistan and we certainly hope that they will not get damaged and will continue to provide the benefit,” he stated.

Denying claims made in media reports of Taliban gaining control of a Mi-24 helicopter India had given to Afghanistan, the MEA Spokesperson informed that it was not an Indian Air Force helicopter.