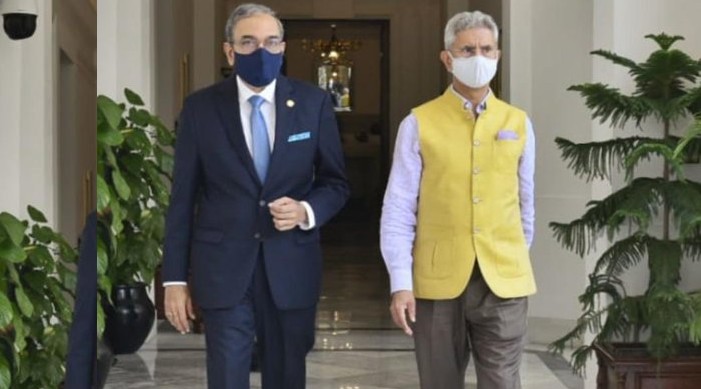 In a bid to strengthen regional cooperation including Covid-19 management, SAARC Secretary General Esala Ruwan Weerakoon who is on a week-long visit to India, from August 8 to 14 on Tuesday met External Affairs Minister S Jaishankar.

In a tweet, MEA Spokesman Arindam Bagchi said Ranjan received Weerakoon, who is on his customary introductory visit to India. Minister Rajkumar wished him well for his term at the SAARC.

Weerakoon is a Sri Lankan diplomat and assumed charge as the Secretary General of the SAARC last year.

In March 2020, the SAARC leaders, under India's initiative, held a virtual meeting to chalk out a common strategy to effectively deal with the COVID-19 crisis.

Prime Minister Narendra Modi in his message on the occasion of the 36th charter day of SAARC (South Asian Association for Regional Cooperation) had called for a commitment to defeat the forces that “support and nurture terrorism”.

Since the 2014 Kathmandu summit, the SAARC has not held its leadership meet.

The 2016 SAARC summit was to be held in Pakistan. But after the terror attack on an Indian Army camp in Uri in Jammu and Kashmir on September 18, 2016, India had expressed its reluctance in participating in the summit saying, “Increasing cross-border terrorist attacks in the region... have created an environment that is not conducive for the meet.”