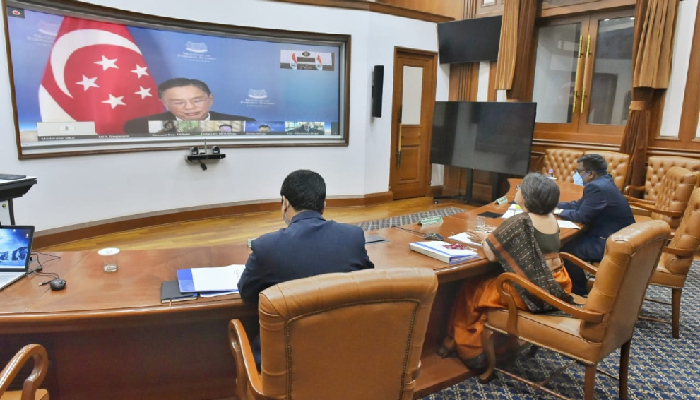 India and Singapore on Wednesday held the 15th round of Foreign Office Consultations in a virtual format and reviewed the entire gamut of bilateral relations.

According to the Ministry of External Affairs, both sides discussed ways to further strengthen economic engagement between the two countries. Discussions were also held on easing of travel restrictions and resumption of people-to-people contact.

Both sides expressed their satisfaction that despite the pandemic, considerable substance and content had been added to the bilateral relationship, especially in trade and defence cooperation.

Singapore has taken over as country coordinator for India at the ASEAN for a three year period (2021-2024).

Both sides also exchanged their views on international and strategic issues pertaining to the region.

According to the MEA, the talks were held in a friendly and cordial atmosphere. Both sides agreed to hold the next consultations at a mutually convenient date.