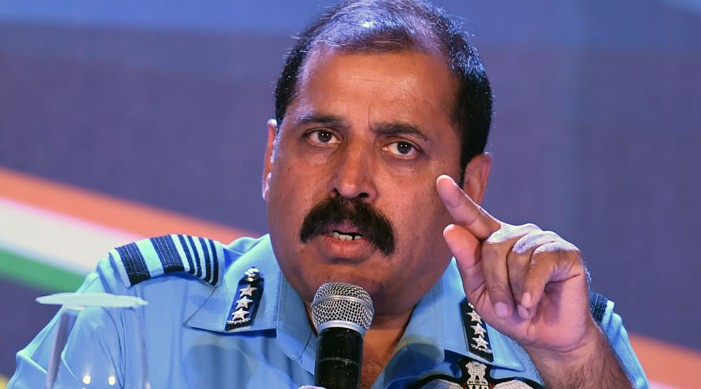 “China is important to keep in mind for the future, owing to Beijing’s emergence on the world stage,” said RKS Bhadauria

Ruling out the possibility of a full-fledged conventional war with China, Chief of Air Staff RKS Bhadauria has said the country needs to build robust capabilities and enhance its overall strength to meet its future security challenges.

“A full-fledged conventional conflict with the northern adversary, to my mind, is not possible. It's not possible today. It's something that we should not get for the future, IAF Chief RKS Bhadauria said while speaking at United Service Institution of India, a New Delhi-based think tank on Tuesday.

“Have capabilities, robust capabilities accordingly built so that we are able to not only deter but should it be required we hold our own. From that perspective, I think it is important to look at the areas we want to work on,” he added.

“China is important to keep in mind for the future, owing to Beijing’s emergence on the world stage and its growing clout in diplomacy and their concentration of market forces,” Bhadauria said.

China has significantly strengthened infrastructure in the Tibet region but suggested that dominance in the air is independent of such measures.

According to the Indian Air Force Chief, the Chinese side has not withdrawn elements like surface-to-air missiles and radars from the region though some frontline aircraft may have been pulled back.

He also said that India must have strong capabilities to deal with possible challenges from Pakistan as well.

“On the western front, what is important to us? Territory of course is sacrosanct. But what is important? We will not accept any Subcon (sub-conventional conflict). Then we should have strong capability. And should it be a war, outright victory against the western adversary? It should be a given,” he pointed out.

The IAF Chief recounted it is important for us to develop asymmetric capability, looking at the neighbors, and those kinds of weaponry and the deep pockets of neighborhoods.

Stating that cyberspace is set to emerge as the next sub-conventional domain, he said there was a need to have strong capabilities to track and trace any possible attacks on the country's assets.

Air Chief Marshal Bhadauria recounted that post Galwan India’s focus has shifted upon cyber security which was identified as an area of concern mainly because of some of the actions that the adversaries were taking.

Rafale’s induction and the kind of weapons and capability that it has brought has taken care of a large portion of the air force’s offensive capability, he said.

Thus, India’s operational offensive capability has gone up and has been aided with a large induction of long distance reach weapons air to ground precision capability.

The IAF Chief also mentioned that in terms of strategic lift capability we are today at a level which was demonstrated when the IAF did the COVID support as part of the HADR for all the oxygen tankers and everything related to his supplies, when you fly 4500 hours in under two months.

“In context, if I have to tell you, it was more than four times the effort that we took to move the army in the eastern Ladakh situation, four times plus nearly four and a half times and that is the level that is existing with us today in terms of strategy global capability and it is transformed, certainly, level is higher,” he added.