In a first for Indian Navy, INS Tabar participates in exercise with Norwegian Navy 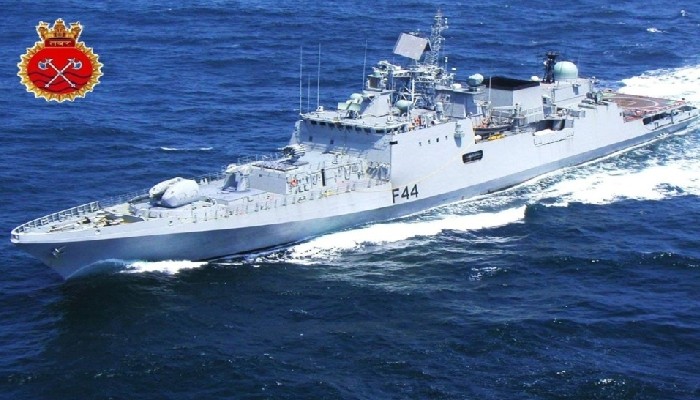 INS Tabar is on a four-month deployment across Africa and Europe.

In a landmark first for the Indian Navy, INS Tabar participated in a Maritime Partnership Exercise with the Royal Norwegian Naval Ship HNoMS Storm, a Skjold class FAC (M) on Sunday.

A range of operations like surface manoeuvers, Visit Board Search and Seizure exercise (VBSS) and vertical replenishment by helicopter were exercised, said a statement of the Ministry of Defence.

The exercise was mutually beneficial in enhancing interoperability and towards consolidating combined operations against maritime threats, added the statement.

As part of its ongoing deployment, INS Tabar, had entered Bergen harbour on August 5.

Upon arrival, the ship was received by the Liaison Officer of Royal Norwegian Navy and the Indian Defence Attaché.

Chief of Royal Norwegian Naval Fleet Commodore Trond Gimmingsrud, and Deputy Harbour Master of Bergen Harbour Christian Hafstad, had visited the ship and interacted with the Commanding Officer on jetty as per prevailing Covid-19 protocols.

The Norwegian officials expressed their happiness on receiving an Indian warship and hoped to see more such similar engagements in future to consolidate the relations between the two countries.

During its deployment, the Indian Naval Ship has already called on ports in Egypt, Italy, Spain and France and has conducted naval exercises with the navies of these countries.

On 29 July, INS Tabar had travelled to Stockholm, Sweden on a three-day goodwill visit. It also conducted a Partnership Exercise at sea with the Swedish Navy on departure from Stockholm.