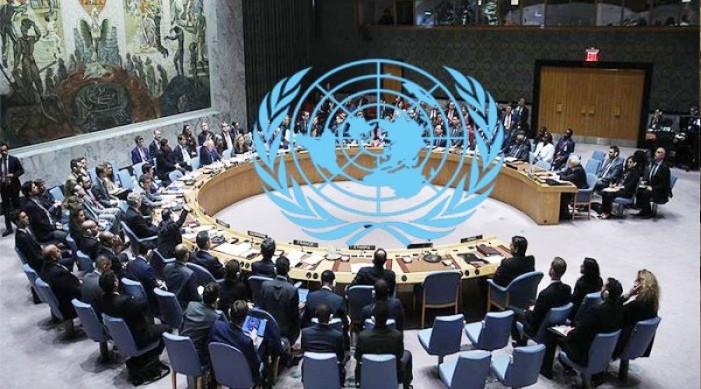 Prime Minister Narendra Modi on Monday became the first Indian PM to chair a meeting of the United Nations Security Council, which saw unprecedented high-level participation from other countries.

Importance of the topic of maritime security and substantive nature of the discussions; and adoption by consensus of the first ever outcome document on this topic, were key takeaways from today’s event.

Importance of the event

First ever standalone discussion on “Maritime Security” in the UN Security Council (UNSC). It was held under the agenda item “Maintenance of International Peace & Security”.

Thus far, the UNSC has only discussed limited aspects of maritime security, such as maritime piracy and crime.

India decided to focus on all aspects of maritime security in a holistic manner as one of its signature events during its current presidency of the UNSC during August.

Past attempts by Vietnam (April 2021) and Equatorial Guinea (Feb 2019) for a full discussion did not succeed.

India took a responsible yet consensus building approach by initiating consultations amongst all UNSC members from several months in advance. A concept note was prepared that incorporated ideas of all.

Prime Minister Modi’s five point principles, which called on the UNSC to develop a roadmap for international maritime security, were welcomed by all participants.

India’s role as a “net security provider” in the Indian Ocean was reiterated. PM’s vision on SAGAR (Security and Growth for All in the Region) and IPOI (Indo-Pacific Oceans’ Initiative) was discussed in the UNSC.

This was the first UNSC Presidency event this year to have garnered such an eminent participation.

A total of 4 HOS/G’s (2 Presidents and 2 PMs, including India), and 10 Ministers including (7 Foreign Ministers) participated at the Indian initiative in UNSC. Such a distinguished line up has not been seen in previous presidency events earlier this year.

Russian President has participated in UNSC Debates only twice before, in September 2005 and September 2000. His participation at the UNSC Debate (after nearly 16 years) at Indian PM chaired event sends out a clear political message on the importance Russia places on the Indian initiative on Maritime Security in the UNSC and on our relationship.

The US Permanent Representative holds Cabinet rank. Yet the participation by Secretary of State Antony Blinken, who is the senior-most Secretary in the US Cabinet, is also an important message.

India also ensured the interests of the entire African continent by inviting the Deputy Prime Minister and Minister of Foreign Affairs of the Democratic Republic of Congo, who represented the President of the DRC, in his capacity as Chair of the African Union, to brief the Council. This helped us develop synergies with AU on the issue of Maritime Security. PM Modi had sent out a personal signed invite to the AU Chair inviting him to brief the UNSC.

This marks the first ever outcome document by the UNSC on the issue of maritime security. As per practices, the “Presidential Statement” has to be adopted unanimously. The process was not smooth, with one P-5 country holding out till the very end (on language related to the UN Convention on the Law of the Sea - UNCLOS). Credit to India’s negotiators for being able to find language acceptable to all, without dropping reference to UNCLOS (which other P-5 countries insisted on retaining). Also reaffirms India’s bridging role in the UNSC.

Key element of the Presidential Statement (PRST) that was adopted:

o Primacy of international law – UNCLOS is the legal framework applicable to activities in the oceans, including countering illicit activities at sea.

o Importance of enhancing international and regional cooperation to counter threats to maritime safety and security. Efforts by regional and sub-regional organizations and individual countries in this regard.

o Welcomes mutual legal assistance and other forms of law enforcement cooperation against transnational organized crime at sea, including bilateral or regional agreements or arrangements

o Strengthening cooperation for maritime safety & security including against piracy and armed robbery at sea and terrorist activities, as well as against all forms of transnational organized crimes and other illicit activities in the maritime domain.

o Focus on drugs and human trafficking through the maritime route