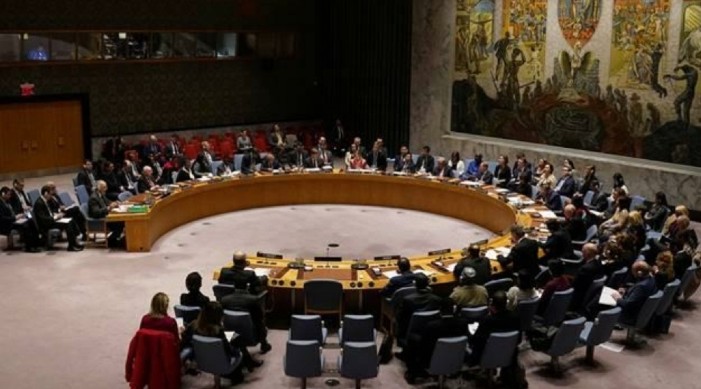 President of UNSC for this month, India said that this was the first time that the topic of maritime security was discussed holistically and comprehensively in the Council. Earlier discussions had centered primarily around piracy and maritime crime.

The meeting was chaired by Prime Minister Narendra Modi, who listed five principles to deal with the issue.

“The High-level UNSC meeting on Maritime Security was historic in many ways. This was the first meeting of the UN Security Council to be chaired by the Prime Minister of India,” said India’s Permanent Representative to UN T S Tirumurti in a video message posted on Twitter.

“We had unprecedented high level participation including Presidents, Prime Ministers, Deputy Prime Ministers and several other ministers,” he pointed out.

Tirumurti stated that in 2015, Prime Minister Modi put forward the initiative of SAGAR - Security and Growth for All in the Region. During the Security Council, meeting PM Modi set out 5 basic principles to guide maritime security discussions, he informed.

Recalling that earlier discussions in the 15-nation UN Council had centered primarily around piracy and maritime crime, Tirurmurti said this was the first time that the topic of maritime security was discussed holistically and comprehensively in the Security Council.

He further noted that in this UN Security Council meeting for the first time a Presidential Statement on the holistic concept of maritime security was adopted.

Besides, piracy, armed robberies and transnational organized crime, the statement reaffirms categorical terms the UN Convention of the Law of the Sea adopted in 1982 sits out as the legal framework for maritime activities, the Indian Ambassador to UN explained.

He maintained that the Presidential Statement clearly acknowledges the threats of terrorists and the use of seas to conduct terrorist acts and crimes for example the Mumbai terror attacks of 2008.

Arguing that freedom of navigation and safe and secure shipping is also acknowledged in the Presidential Statement Ambassador Tirumurti said it talks about trafficking of drugs arms and humans.

It notes laws of life and adverse impact on the international trade, energy security and global economy resulting from this, he added.

The Presidential Statement commends regional and sub-regional organizations for countering threats to maritime security and encourages them to assist member states in capacity building and combating terrorism at sea, Tirumurti highlighted.

Overall the Presidential statement seeks to protect legitimate activities while countering the threat of current and emerging hostile, illegal or dangerous acts within the maritime domain, he mentioned in the video message.

The Indian envoy to UN thanked all Council members for their constructive engagement during the negotiations on the Presidential statement.