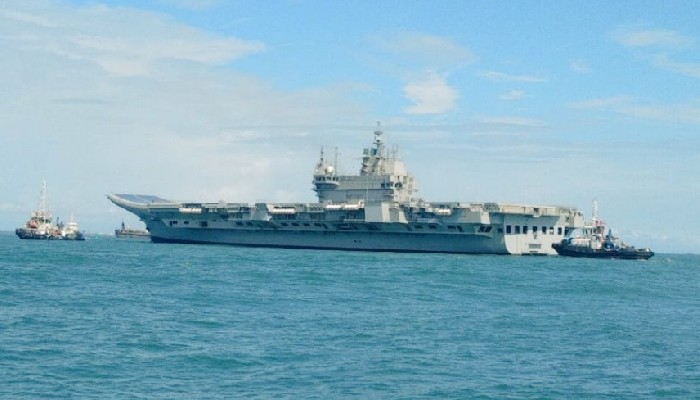 Indigenous Aircraft Carrier (IAC) ‘Vikrant’ successfully accomplished its maiden sea voyage for a set of trials on Sunday, having set sail from Kochi on August 4.

The trials progressed as planned and system parameters proved satisfactory.

The carrier would continue to undergo a series of sea trials to prove all equipment and systems prior handing over the vessel to the Indian Navy in 2022, the Ministry of Defence said.

The Indigenous Aircraft Carrier is 262 m long, 62 m at the widest part and height of 59 m including the superstructure.

There are 14 decks in all, including five in the superstructure.

The ship has over 2,300 compartments, designed for a crew of around 1700 people, having gender-sensitiveaccommodation spaces for women officers.

The ship with high degree of automation for machinery operation, ship navigation and survivability, has been designed to accommodate an assortment of fixed wing and rotary aircraft.

According to the defence ministry, the successful completion of maiden trials sorties, despite challenges faced due to COVID-19 pandemic and COVID protocols in place, is testimony to the dedicated efforts of large number of stakeholders for over a decade.

This is a major milestone activity and historical event. The carrier would undergo a series of Sea Trials to prove all equipment and systems prior to its delivery in 2022.