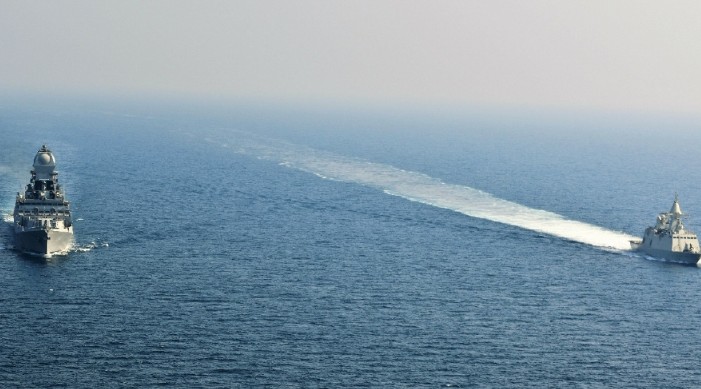 Looking to strengthen their defence relations through regular exercises and training of naval, air, land and special forces, India and UAE conducted their bilateral naval exercise ‘Zayed Talwar 2021’ off Abu Dhabi on Saturday.

INS Kochi along with integral Sea King MK 42 B helicopters deployed in the Persian Gulf exercised with UAES AL - Dhafra, a Baynunah class guided missile corvette, and AS – 565B Panther helicopter.

“Tactical manoeuvres, Over the Horizon Targeting, Search & Rescue and Electronic Warfare exercises to enhance #interoperability and #synergy between the two navies, with extensive helicopter ops were undertaken,” the Indian Navy said in a tweet.

Bilateral defence interaction between India and the UAE has been steadily growing in accordance with other aspects of the bilateral relationship.

The ships of the Navies of both countries have regularly made port calls enhancing bilateral defence co-operation.

India and UAE hold an Annual Defence Dialogue to discuss the security and defence co-operation issues between the two countries.

Two Indian Navy ships had participated in the maiden IN-UAEN Bilateral Exercise in March 2018 named Gulf Star 1.The Indian Navy and Coast Guard have made a number of port calls to Abu Dhabi and Dubai, along with the associated PASSEX.