Afghanistan thanks India, other UNSC members for condemning violence by Taliban 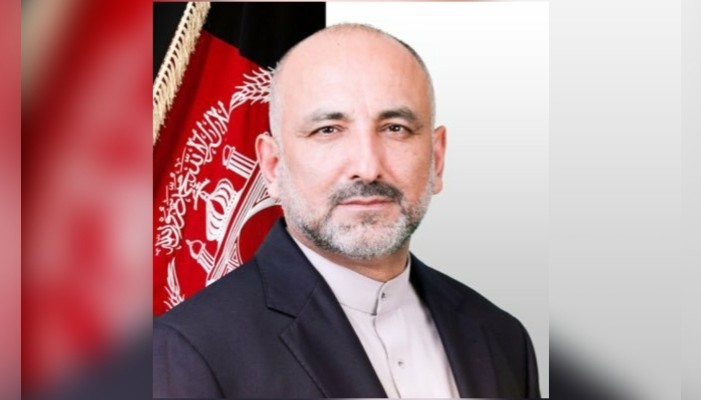 Foreign Minister of Afghanistan Mohammed Haneef Atmar on Saturday commended India and other United Nations Security Council (UNSC) members for condemning violence in Afghanistan and sharing deep concerns over the war-torn situation in the country.

Earlier, at the UNSC Briefing on the Situation in Afghanistan on Friday, member states expressed concerns over the deteriorating situation in the war-torn country and called for a political settlement.

Atmar continued in the tweet: “Afghanistan appreciates call for cessation of violence, protection of civilian lives, prevention of Human Rights violations, implementation of UNSCR 2413 and protection of perpetrators of war crimes.”

“We echo UNSC views on indispensability of a peaceful settlement & women’s inclusion,” the Afghan Foreign Minister added in the tweet.

He said, “Afghanistan must not become a safe haven for terrorists. This requires compelling Taliban to cut ties with foreign terrorists & fulfill their obligations in accordance with the Doha Agreement, UNSCR 2513 & Extended Troika & Heart of Asia consensus."

“We look forward to an Emergency UNSC Session soon. We also reiterate our call for a Special Session of #HumanRightsCouncil & deployment of a Fact Finding Mission & Special Rapporteurs to Flag of Afghanistan to investigate & help prevent Taliban’s attacks on cities & human rights violations,” Atmar stated.

During the UNSC meeting on Friday, Special Representative Deborah Lyons, head of the UN Assistance Mission in Afghanistan (UNAMA) had said that the advance of the Taliban in recent months, now targeting major cities, is reminiscent of the Syrian and Balkan wars.

Warning that the consequences could extend beyond the country’s borders, she urged ambassadors to seize the opportunity and demonstrate commitment ‘to prevent Afghanistan from descending into a situation of catastrophe so serious that it would have few, if any, parallels this century.’

Noting that the human toll has been devastating, the UN top official reported that more than 1,000 casualties have been recorded in these three areas in the past month alone, while homes, hospitals, bridges and other infrastructure have been destroyed.

With the war in Afghanistan now in ‘a new, deadlier, and more destructive phase’, the top UN official in the country appealed for the Security Council to act to avert a catastrophe.

“The Taliban are not operating alone and more than 10,000 foreign fighters are in the country, representing 20 groups including Al-Qaeda and ISIL,” Afghanistan’s Ambassador to the UN, Ghulam M. Isaczai had told UNSC.