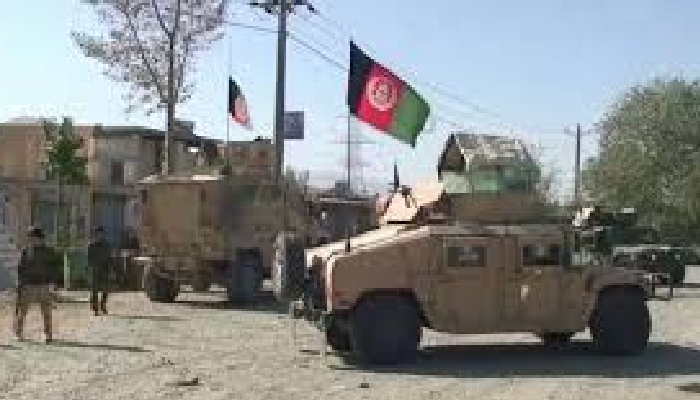 Afghanistan: A security nightmare for India and international peace

The gurdwara which is in Chamkani region of Afghanistan is revered by Sikhs as it was once visited by Guru Nanak, the founder of Sikhism

India on Friday condemned reports of Taliban’s removal of a Sikh religious flag from the roof of a gurdwara in Afghanistan’s eastern Paktia province.

“We have seen media reports on Nishan Sahib, a Sikh religious flag atop the roof of Gurdwara Thala Sahib, Chamkani in Paktia province of Afghanistan having been removed. We condemn this act and reiterate India’s firm belief that Afghanistan’s future must be one where the interests of all sections of Afghan society including minorities and women are protected,” official familiar with the development said on the condition of anonymity.

India’s reaction came following reports from Afghanistan that said the Taliban had allegedly forced the custodian of Gurdwara Thala Sahib in Chamkani region of Paktia province to remove the Nishan Sahib or holy flag from the shrine’s rooftop.

The gurdwara is revered by Sikhs as it was once visited by Guru Nanak, the founder of Sikhism. Further, images of the shrine posted on social media since Thursday showed that the flag was removed from the gurdwara’s rooftop.

Earlier, in June last year, Nidan Singh Sachdeva, a leader of the Hindu and Sikh minorities in Afghanistan, was kidnapped by the Taliban from the same gurdwara. Sachdeva was later released due to efforts made by the Afghan government and community elders.

Before that, about 30 members of the Sikh minority were killed in a terror attack on a place of worship in Kabul that was claimed by the Islamic State. However, Indian officials said the Haqqani Network and Lashkar-e-Taiba were behind the killings.

Afghanistan has witnessed a surge in violence amid the drawdown of troops by the US and NATO. The Taliban have begun attacking key urban areas and cities such as Lashkargah, Herat and Kandahar after capturing territory in rural areas since early May.