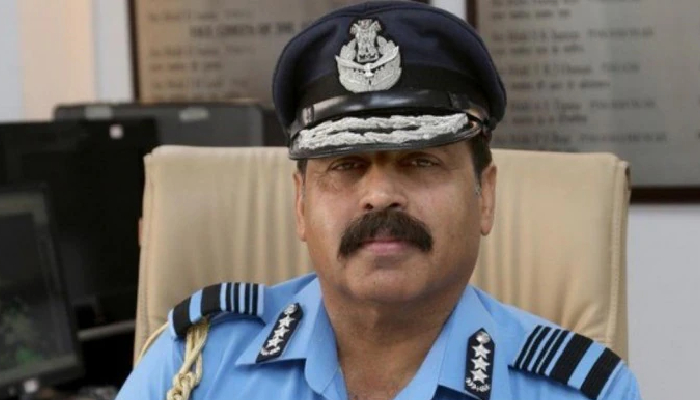 The IAF Chief was on a four-day visit to Israel from August 3-6.

“During the visit, he called on Major General Amikam Norkin, Commander Israeli Air Force and held wide-ranging discussions on all bilateral Air Force interactions. He flew a sortie there in an F-15 fighter and was given an overview of Israeli Air Force's operational environment,” an IAF statement said.

He held very productive meetings with the Director General of Ministry of Defence and the Chief of the Gen Staff on matters of mutual interest and bilateral defence cooperation, it stated.

The IAF said as part of the visit, the IAF Chief of Air Staff and his counterpart Norkin visited the ‘Yad Vashem’ and paid homage at the memorial.

The two Chiefs also laid wreaths at the Cemetery for Indian soldiers in Talpioth, Jerusalem, it added.

“The visit of the IAF Chief to Israel marks an important milestone in the Indian Air Force and the Israeli Air Force's ties, with both sides reaffirming a shared vision of enhanced bilateral engagements & multidisciplinary professional exchanges for the future,” the statement further said.

India imports critical defence technologies from Israel. There are regular exchanges between the armed forces. There is cooperation on security issues, including a Joint Working Group on Counter-Terrorism.

India and Israel in December last year had held the 16th round of Foreign Office Consultations during which the two nations reviewed the progress in bilateral cooperation in the strategic fields of defence, security, counter-terrorism and cyber security.

At the consultations, the two sides also had an in-depth exchange of views on regional and international issues of mutual interest.

In February 2014, India and Israel signed three important agreements on Mutual Legal Assistance in Criminal Matters, Cooperation in Homeland Security, and Protection of Classified Material. There is a Joint Steering Committee under the agreement on Homeland Security, aided by thematic Joint Working Groups.