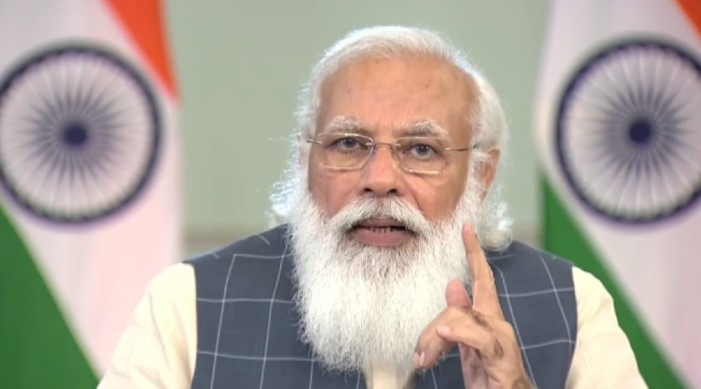 PM Modi's interaction will be held via video conferencing.

Prime Narendra Modi will interact with Heads of Indian Missions abroad along with stakeholders of the trade & commerce sector of the country on Friday evening, with a view to expand India's export potential and increase its share in global trade.

The first if it's kind initiative, to be conducted via video conferencing, will mark a clarion call by the Prime Minister for ‘Local Goes Global - Make in India for the World’.

Exports have a huge employment generation potential, especially for MSMEs and high labour-intensive sectors, with a cascading effect on the manufacturing sector and the overall economy.

"The purpose of the interaction is to provide a focussed thrust to leverage and expand India’s export and its share in global trade," a statement by the Prime Minister's Office (PMO) said on Thursday.

The interaction aims to energise all stakeholders towards expanding India's export potential and utilizing the local capabilities to fulfil the global demand.

The interaction will also witness participation of Secretaries of more than twenty departments, state government officials, members of Export Promotion Councils and Chambers of Commerce.

The Prime Minister's intervention is significant as the commerce ministry has fixed an export target of USD 400 billion for the current fiscal.

The outbound shipments of the country are recording healthy growth rates.

The country's exports grew by 47.19 per cent to USD 35.17 billion in July on account of healthy growth in the outbound shipments of petroleum, engineering, and gems and jewellery.