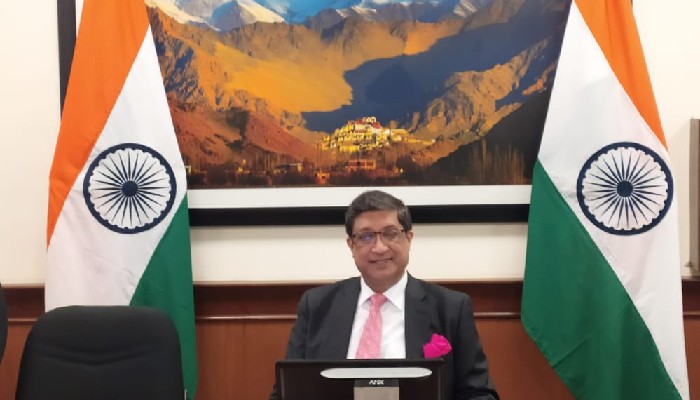 Speaking at the first BRICS workshop on digital forensics, Secretary CPV and OIA in the Ministry of External Affairs Sanjay Bhattacharya on Tuesday said digital forensics and CT investigation capabilities form the backbone of an effective response to the use of the internet for terrorist purposes.

“While governments are working hard, the fact remains that much of the expertise and technical knowledge rests with the private sector and there is a strong case to be made for public-private partnerships not just within member-states but across member-states,” MEA Secretary Sanjay Bhattacharyya said as BRICS Sherpa for India

He emphasized that capabilities should be built up within law enforcement agencies since they are needed for the long term.

“The challenges that digital forensics examiners face with the increasing trend of anti-forensics techniques, especially encryption of digital evidence and usage of anonymising tech, raise the need to increase capacities in network and malware forensic areas,” Sanjay Bhattacharyya said.

He also said that concerted efforts are needed to address the dangers posed by terrorists and other violators in digital crime and also to adjust to the fast changing technology environment.

“We have to consolidate the relevant legislation under a comprehensive Act. These mechanisms will have to be forward looking and future oriented. On the one hand it should provide for more proactive and preventive digital evidence, capacity building and collaboration between agencies while on the other it also has to be cognizant of data security, personal liberty and democratic values,” the MEA Secretary said.

He has, however, recommended developing a forensic lab and a forensic manual to facilitate the investigation of online crimes including encryption of digital evidence and use of block chain technology for evidence gathering.