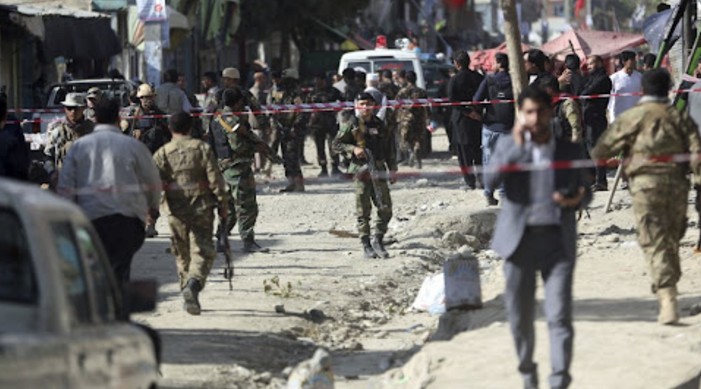 India is committed to support the Afghan government in realizing its aspirations for peace and development, said the MEA Spokesperson

In view of a fierce fight between the government forces and the Taliban, the Afghan government has sought India’s help in bringing the situation under control in the country. But India, it seems, is not prepared to allow its military personnel to set their boots on the ground in Afghanistan.

As a strategic partner, India is, though, committed to support the Afghan government and the people of the country in realizing their aspirations for a peaceful and democratic and prosperous future.

“India-Afghanistan bilateral relations are guided by the strategic partnership agreement which was signed in October 2011. As a contiguous neighbour, India supports the government and the people of Afghanistan in realising their aspirations for a peaceful, democratic and prosperous future where the interests of all sections of Afghanistan or Afghan society including women and minorities are protected,” Ministry of External Affairs Spokesperson Arindam Bagchi said during a weekly media briefing on Thursday.

The MEA Spokesperson maintained that at the Afghanistan Conference 2020 held in Geneva to reaffirm the commitment of the international community towards Afghanistan, External Affairs Minister S Jaishankar had emphasized on India's long term commitment to the development of Afghanistan.

Invariably, India has no plan to send its troops to Afghanistan and get stuck in the messy and intricate power play that has been going on in the landlocked country for over two decades.

Afghanistan’s Army Chief General Wali Mohammad Ahmedzai is expected to visit India on a three-day tour later this month, and possibility of military cooperation, including sending Indian soldiers to the country, is likely to pop up at the talks.

But at the annual press conference ahead of the Army Day on January 15, 2021, Chief of the Indian Army Gen M M Naravane in no uncertain terms said: “There is no plan of committing boots on the ground in Afghanistan.” He added, “I don’t envisage such a scenario.”

India has been assisting the Afghan National Defence & Security Forces by providing training to military cadets. A substantial number of cadets have been trained at India’s officer training military institutes.