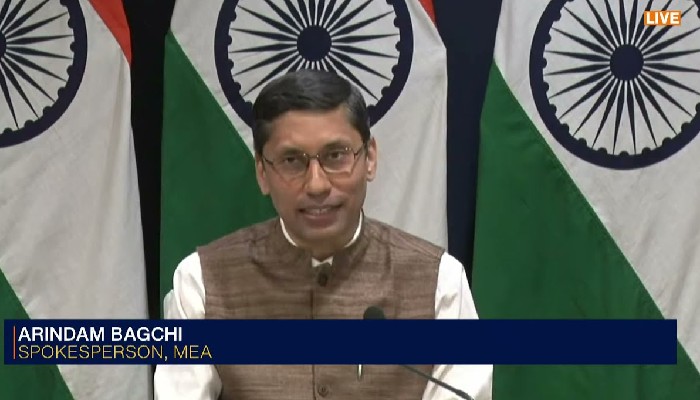 On July 16, Silsila Alikhil, the daughter of Afghanistan’s ambassador to Pakistan, was abducted

India on Thursday lashed out at Pakistan for dragging the country into controversy over the abduction and torture of Afghanistan’s Pakistan-based ambassador Najibullah Alikhil’s daughter in Islamabad last week.

The Pakistan Interior Minister Sheikh Rashid Ahmed who is known for his proximity with the military establishment in Pakistan, blamed India for the abduction and torture of the daughter of the Afghan ambassador in Islamabad.

“This is a shocking incident. However, since Pak Interior Minister has dragged India into it, I would like to say that even by their standards, Pakistan's denial of the victim's account is stooping to a new low,” Arindam Bagchi said.

Silsila Alikhil, the daughter of Afghanistan’s ambassador to Pakistan, was abducted on July 16 and was held for several hours by unknown assailants who left her with injuries and rope marks.

Afghanistan had withdrawn its ambassador and diplomats from Pakistan’s capital following the kidnapping of the ambassador’s daughter.

On Tuesday, Sheikh Rashid told a news conference that a probe into the incident has found no evidence of abduction.

Afghanistan has expressed its deep concern over the Pakistan Interior Minister’s claims that there is no evidence that the Afghan envoy’s daughter was kidnapped in Islamabad. It said such remarks could lead to greater mistrust between the two countries.