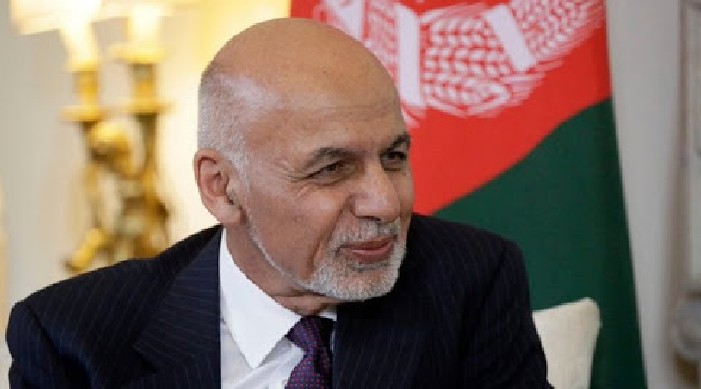 “Intelligence estimates indicate the influx of over 10,000 jihadi fighters (into Afghanistan) from Pakistan and other places in the last month,” Afghan President Ghani said at a conference on “Central and South Asia: Regional Connectivity, Challenges and Opportunities” in Tashkent.

The Afghan President said Pakistan failed to live up to its commitment assurance of influencing the Taliban to participate in peace talks and to prevent the cross-border movement of militants.

The Taliban has been making rapid advances across Afghanistan in the last few weeks seizing control of large parts of the country as the US pulled out the majority of its forces and aims to complete the withdrawal by August 31.

“Contrary to the repeated assurances by Prime Minister Khan and his generals that Pakistan does not find a Taliban takeover in Afghanistan in Pakistan's interest and short of use of force, will use its power to influence to make the Taliban negotiate seriously, networks and organisations supporting the Taliban are openly celebrating the destruction of the assets and capabilities of the Afghan people and state,” Ghani said.

He said that there is a consensus among credible international observers that the Taliban has not taken any steps to sever their relationship with terrorist organisations.

“We the people and government of Afghanistan are fully focused on the present moment and are determined to ensure our existence as a nation,” he said.

“We are prepared to face the Taliban and their supporters for as long as it takes until they realise that a political solution is the only way forward,” he added.

In his address, Pakistan Prime Minister Imran Khan said that he was disappointed by Ghani's comments, adding no country had tried harder to get the Taliban on the dialogue table than Pakistan.

Ghani also referred to the Taliban's attacks in several parts of Afghanistan, saying the outfit is attempting to starve the Afghan cities.

“Contrary to the declarations of their political office that they will not attack cities and provincial centres they are accelerating their attacks and attempting to starve the cities,” he said.

The Afghan President said that his government is committed to the peace process.

“We, therefore, call on the Taliban to engage with the government of Afghanistan to end the war and the destructive recent onslaught. Also, we call on Pakistan to use its influence and leverage for peace and cessation of hostilities,” he added.

On Thursday, Jaishankar met Ghani on the sidelines of the conference and discussed the fast-evolving situation in Afghanistan in the face of the Taliban making rapid advances across the country following the pullout of the US forces.

India has been a major stakeholder in the peace and stability of Afghanistan. It has already invested nearly $ 3 billion in aid and reconstruction activities in the country.

India has been supporting a national peace and reconciliation process which is Afghan-led, Afghan-owned and Afghan-controlled.