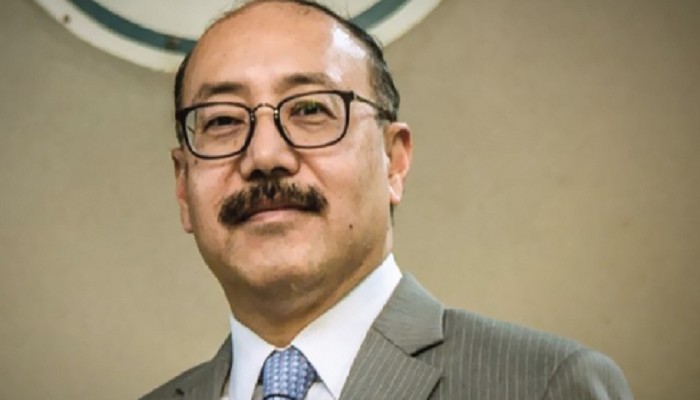 While strongly condemning the killing of Indian photojournalist Danish Siddiqui in Afghanistan, Foreign Secretary Harsh Vardhan Shringla on Friday expressed serious concern at the UN Security Council over the violence against humanitarian workers in situations of armed conflict.

“We condemn the killing of Indian photojournalist Danish Siddiqui while he was on a reporting assignment in Kandahar in Afghanistan yesterday. I extend our sincerest condolences to his bereaved family,” Foreign Secretary Shringla said.

Siddiqui who worked with Reuters was on assignment in Afghanistan when he died. The award-winning journalist was killed while covering clashes between Afghan troops and the Taliban in Spin Boldak district of Kandahar city.

He was injured on Thursday night while accompanying Afghan soldiers who were attacked and succumbed to his injuries on Friday.

Earlier the Ministry of External Affairs on Friday said it is in touch with Afghan authorities.

“Our Ambassador in Kabul is in touch with Afghan authorities. We are keeping his family informed of the developments,” MEA Spokesperson Arindam Bagchi said in response to media query.

Afghan President Ashraf Ghani expressed shock over the killing of the Indian photojournalist.

“I am deeply saddened with the shocking reports that Reuters photojournalist Danish Siddiqui was killed while covering the Taliban atrocities in Kandahar,” Ghani said in a message, reiterating his government’s unwavering commitment to freedom of speech and protection of free media and journalists in Afghanistan.

India has followed the path of “Dharma” or “righteous conduct” and provided refuge to persecuted people over centuries.

“While international humanitarian law, as we see it today, has its genesis in the recent past, civilizations and cultures throughout history have developed rules of warfare for the protection of non-combatants and civilian populations,” the Foreign Secretart said, adding that the world today is engulfed in a range of humanitarian crises.

“Most of these are caused by armed conflicts that severely impact the lives of millions of innocent civilians. The COVID-19 pandemic has further exacerbated this situation,” he said.

Shringla voiced serious concern over the violence against humanitarian workers in situations of armed conflict.

Extending condolences to the families of the 99 humanitarian workers who were reported to be killed over the last year, he said India strongly condemns attacks against humanitarian personnel and asserted that ensuring accountability for serious violations of international humanitarian law remains “one of the key challenges before us".

“States must accord high priority to addressing this issue. We should assist national authorities in developing capabilities and capacities to strengthen their national legal frameworks and related structures to investigate and prosecute the perpetrators,” he said.