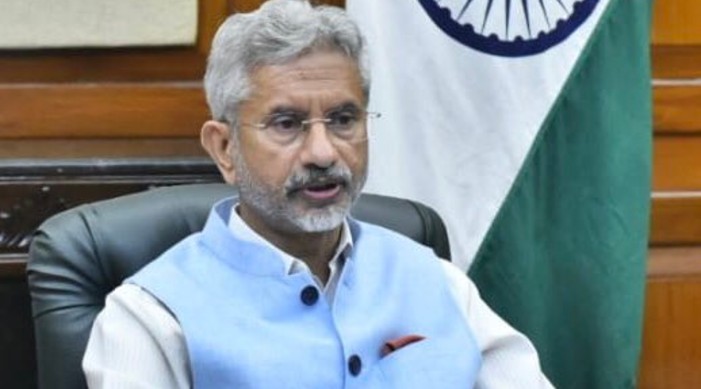 Combating terrorism and extremism is the key purpose of SCO, EAM Jaishankar noted

Jaishankar is on a July 13-14 visit to Tajikistan to participate in the SCO Council of Foreign Ministers’ meeting.

“Spoke at the FMM of SCO this morning at Dushanbe. Afghanistan, public health and economic recovery are pressing issues. Combating terrorism and extremism is the key purpose of SCO. Must stop terror financing and deter digital facilitation,” Jaishankar said in a tweet.

The meeting will discuss the achievements of the organization as it celebrates the 20th Anniversary of its formation this year.

“SCO FMM begins. 20th year is an opportune time to reflect on achievements & deliberate on challenges. Afghanistan and post-Covid recovery are pressing concerns,” he tweeted.

It will also assess the preparation for the upcoming SCO Council of Heads of States on 16-17 September in Dushanbe this year and exchange views on current international and regional issues.

The EAM will also participate in the SCO Contact Group on Afghanistan that will meet on July 14 with the participation of the Afghanistan Government.

“Welcomed the Afghanistan Contact Group that will meet later today. Highlighted the One Earth One Health message and urged early universal vaccination. Spoke on Reformed Multilateralism and underlined the need to rejuvenate this domain,” he said in reply to the previous tweet.

Earlier Jaishankar also called on Tajikistan President Emomali Rahmon and appreciated his aspirations for the SCO and insights on Afghanistan.

“Called on Tajik President Emomali Rahmon with my SCO colleagues today. Appreciated his aspirations for the SCO and insights on Afghanistan,” he said in another tweet.

India was made an observer at the SCO in 2005 and became a full member in 2017 along with Pakistan.

Since 2017, India has participated in the ministerial-level meetings of the grouping which focus mainly on security and economic cooperation in the Eurasian region.