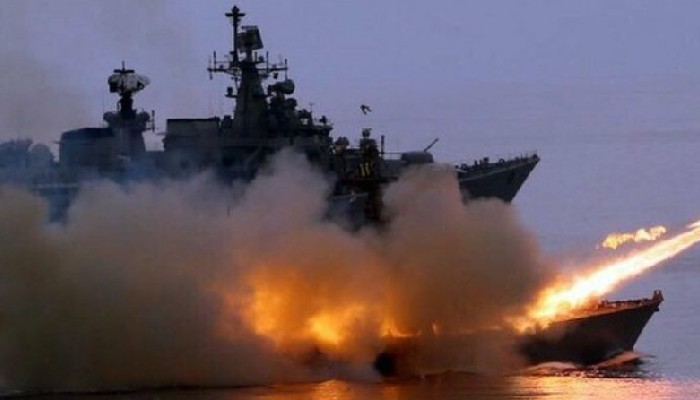 Demonstrating professional competence, operating capabilities and reach, the Indian Navy has held several bilateral and multilateral exercises this year stretching from the Mediterranean Sea to the East China Sea and from the Gulf of Aden to the Indian Ocean.

These include gaining operational and doctrinal expertise and sharing transformational experiences in addition to examining and imbibing 'best-practices'.

Among the stated objectives of holding joint exercises with foreign navies is also to achieve a high level of inter-operability and enhance maritime domain awareness through a variety of information-sharing mechanisms.

On Saturday, the fourth edition of the India-Maldives Joint Naval Exercise ‘Ekatha’ ended in Maldives. This bilateral joint training exercise carried out over a span of 12 days contributed towards the capacities of Maldivian National Defence Force (MNDF) and enhanced interoperability of the forces.

The exercise has been a key enabler in building interoperability and strengthening the defence coordination between the two nations and witnessed high tempo-naval operations at sea.

Reiterating their commitment towards free, open, inclusive and rules-based order in the Indo-Pacific, India and EU conducted their first joint naval exercise in the Gulf of Aden on June 18-19.

The exercise was based on the scenario of an anti-piracy operation. It included cross-deck helicopter landings, complex tactical evolutions at sea, live firing, a night-time joint patrol and a naval parade in the high seas off the coast of Somalia.

Among other firsts for the Indian Navy was participation in a French naval exercise along with fellow Quad member nations, the United States, Australia and Japan, in the eastern Indian Ocean from March 5 to 7.

India and France also held the 19th edition of the bilateral exercise VARUNA-2021.

Units of both navies honed and enhanced their war-fighting skills to demonstrate their ability as an integrated force to promote peace, security and stability in the maritime domain.

The two navies have been undertaking Coordinated Patrol or CORPAT bi-annually along their International Maritime Boundary Line (IMBL) since 2005.

This builds up understanding and interoperability between navies and facilitates institution of measures to prevent and suppress unlawful activities like illegal unreported unregulated (IUU) fishing, drug trafficking, maritime terrorism, armed robbery and piracy.

These engagements are aimed to further strengthen maritime security in the region and to consolidate combined operations against maritime threats.

With a similar objective, the Indian Navy deployed INS Tabar to make port calls and participate in joint exercises with the navies of Africa, Europe and Russia from June to September this year.

After commencing her prolonged deployment on June 13, INS Tabar has undertaken Maritime Partnership Exercises with Egyptian, Italian and Spanish navies.

In addition to PASSEX with host navies of countries being visited, the ship is also scheduled to participate in bilateral exercises like Exercise Konkan with Royal Navy, Exercise Varuna with French Navy and Exercise Indra with Russian Federation Navy.