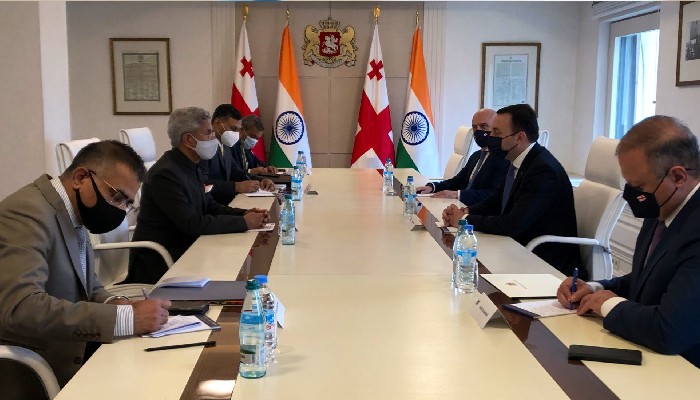 External Affairs Minister S Jaishankar who is on a two-day visit to Georgia, held a detailed discussion with Prime Minister of the Eurasian country Iraki Garibashvili on various issues on Saturday.

Jaishankar who is the first Indian Foreign Minister to visit Georgia after its independence, had a discussion on the issue of connectivity, which was described by him as a key to reliability and resilience in a globalized world.

“Whether it is land, maritime or air connectivity, I think we have agreed that it is in our mutual interest to promote it and to do so expeditiously,” Jaishankar said during the joint press conference with the Georgian Prime Minister.

Given that India is involved in the development of infrastructure like hydroelectric, steel and power transmission in Georgia, the EAM acknowledged that there are big Indian investments in projects in the Eurasian country.

“I also understood that even in agriculture there are Indians who have invested here. But I think a lot of that is reflection on your record of making it easier to do business. I really applaud your ranking, I am sure that if there was a wider appreciation of that in India you would see an even more enthusiastic business interest in India. So, we would very much welcome working together on the investment and trade side,” he said.

The EAM maintained that India has received strong and consistent support from Georgia in the UN and other multilateral forums, including UNSC as a non-permanent member.

In the course of the visit, the EAM had a good discussion on regional issues with the Georgian leaders.