India, Guatemala to strengthen trade & investment in IT, BPOs and tourism 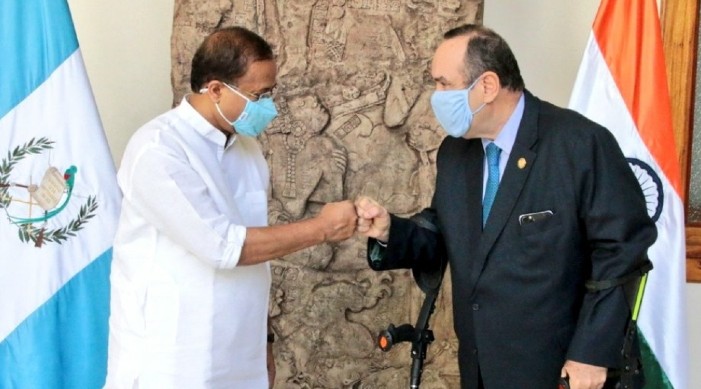 India and Guatemala have agreed to strengthen their relations further by promoting two-pay trade and investment in areas such as IT, BPOs and tourism.

These aspects were discussed during Minister of State (MoS) for Ministry of External Affairs V Muraleedharan's visit to the West African nation from 4-6 July.

This was his first visit to Guatemala as the MoS for External Affairs.

According to a statement by the Ministry of External Affairs (MEA) on Friday, he called on President of Guatemala Alejandro Giammattei who characterized India – Guatemala relations as a strong partnership.

Muraleedharan conveyed to President Giammattei greetings of the Government and the people of India for the 200th Year of Guatemala’s Independence.

He also met Foreign Minister Pedro Brolo and reviewed the progress in the bilateral relations and discussed regional and multilateral cooperation.

The Indian Minister along with Tony Malouf, Minister of Economy of Guatemala, and Ambassador Shirley Aguilar, Vice Foreign Minister, interacted with the business community including the Heads of Chambers of Commerce & Industry of Guatemala.

During the meetings, both sides agreed to strengthen their relations further by promoting two-way trade and investment in areas such as IT, BPOs and tourism.

Muraleedharan’s visit to Guatemala followed up on the visit in May 2018 of Vice President M Venkaiah Naidu.

It comes at a time when India and Guatemala are working towards enhancing bilateral trade (currently US$ 309.86 million) and boost investments.

Guatemala is the current Pro-tempore President of Central American Integration system (SICA) with which India has an established engagement mechanism.

Due to unavoidable circumstances, the MoS could not visit Jamaica and The Bahamas. His visit to these two countries would be rescheduled at mutually convenient dates, the MEA said.