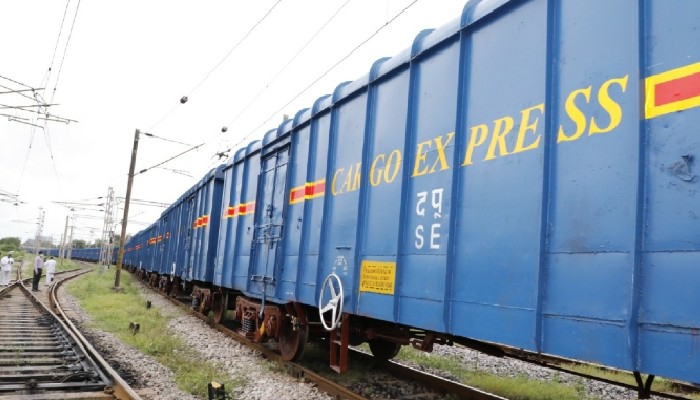 In another milestone in India’s efforts to enhance regional connectivity under the “Neighbourhood First” policy, all cargo train operators can now utilize the Indian Railways network to carry freight to and from Nepal.

This includes bilateral freight between Indian and Nepal or third country freight from Indian ports to Nepal.

Announcing the development on Friday, the Ministry of Railways said this liberalization will allow market forces to come up in the rail freight segment in Nepal, and is likely to increase efficiency and cost- competitiveness, eventually benefiting the Nepalese consumer.

The new arrangement, which will give a major boost to rail transport between India and Nepal, has come into force from Friday after the formal exchange of Note Verbales and signed copies of Letter of Exchange between officials of India & Nepal.

After this LoE, all kinds of cargoes in all categories of wagons that can carry freight on Indian Railways network within India can also carry freight to and from Nepal, the railways ministry said.

It added that the move will reduce transportation costs for automobiles and certain other products whose carriage takes place in special wagons.

Wagons owned by Nepal Railway Company will also be authorized to carry Nepal-bound freight (inbound and outbound on Kolkata/Haldia to Biratnagar/Birganj routes) over the Indian Railways network as per IR standards and procedures.

The Rail Services Agreement was executed on 21.05.2004 between Ministry of Railways, Government of India and Ministry of Industry, Commerce & Supplies (now Ministry of Commerce), His Majesty’s Government of Nepal (now Govt. of Nepal) for introduction of freight train services between these two countries to and from Birgunj (Nepal) via Raxaul (India).

There was no rail movement prior to this between the two countries.

There is a provision in Article 1.4 of the RSA that “the Agreement shall be reviewed every five years and may be modified by the Contracting Parties by mutual consent, the Ministry of Railways explained.