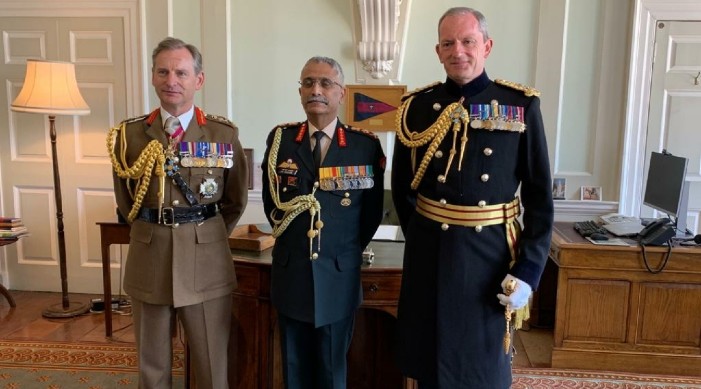 General Naravane began a four-day visit to the UK and Italy on Monday.

In addition to meeting his counterparts and senior military leaders of these countries, the Indian Army Chief will also be visiting various army formations where he will exchange ideas on issues of mutual interest.

During the second leg of his tour on July 7-8, the Army Chief will be holding important discussions with the Chief of Defence Staff and Chief of Staff of the Italian Army.

He will be briefed at the Italian Army’s Counter IED Centre of Excellence at Cecchingola, Rome.

General Naravane will also inaugurate the Indian Army Memorial in the famous town of Cassino during his visit to Italy.