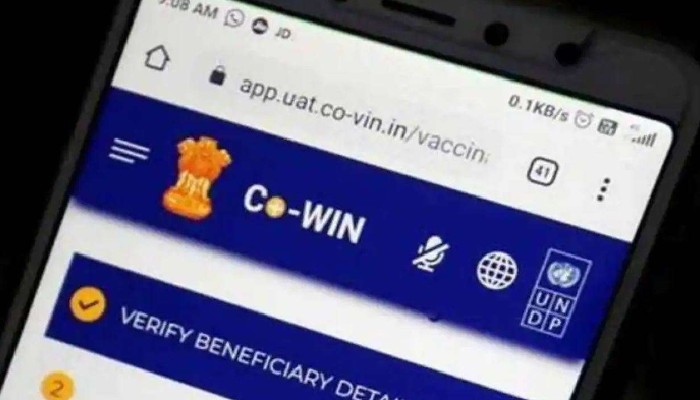 Co-WIN is considered as a user-friendly, easy-to-use, transparent, equitable and efficient platform

The Ministry of External Affairs will work with the National Health Authority for enabling adaptation and adoption of the platform by these interested countries, sources said.

Over 140 countries attended the conclave and close to 400 delegates from these countries, besides representatives from European Commission and UN offices in India, participated the conclave.

Other senior international participants spoke during the technical sessions.

In their interventions, the Ministers thanked India for organizing the Conclave and found the discussions very informative.

They said that this initiative could be useful for addressing health related challenges in their own countries and expressed interest in collaborating with India to utilize the Co-WIN platform.

The Conclave had an in-depth technical session on Co-WIN with presentations on the development and impact of the platform; its architecture; roadmap for sharing Co-WIN; and India’s Digital Health Mission.

Earlier stating that Co-WIN, the government of India’s vaccination platform is about innovation, about applying technology and skills, about scale, and ultimately about hope, Foreign Secretary Harsh Vardhan Shringla said it is a technology backbone, enabler and force-multiplier.

“This path-breaking digital platform has allowed us to manage, in a user-friendly, easy-to-use, transparent, equitable and efficient manner, one of the most ambitious vaccination efforts globally ever,” Shringla said in his welcome remarks at the Co-WIN global conclave which was addressed by Prime Minister Narendra Modi.

Further praising its quality, he said, “More importantly, and in the tradition of India, it is an open platform available for sharing as a public good.”

“That is the spirit in which we would like to introduce Co-WIN which we believe is a platform that can be adapted and scaled up for health interventions across the globe,” the Foreign Secretary said.

“We would like, through this event, to share our experience of developing and operating this platform. We stand ready to make the Co-WIN platform available to our partner countries,” he added.

The participants were addressed by Prime Minister Narendra Modi.

The Prime Minister said that in line with India’s philosophy of considering the whole world as one family, Covid vaccination platform Co-Win is being prepared to be made open source and it will be available to any and all countries.