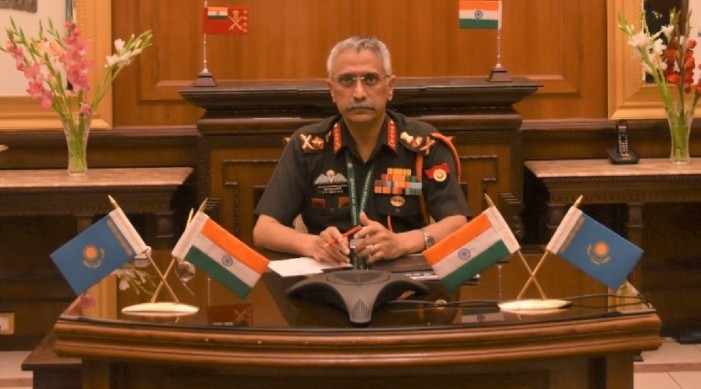 Chief of Army Staff General MM Naravane will discuss enhanced defence cooperation with the United Kingdom and Italy during a four-day visit beginning on Monday.

During the visit from July 5-8, Gen Naravane will be meeting his counterparts and senior military leaders of these countries, the Ministry of Defence said on Sunday.

The COAS will also inaugurate the Indian Army Memorial in the famous town of Cassino during his visit to Italy.

The Indian Army Memorial is a tribute to more than 5,000 Indian soldiers who lost their lives in the Battle of Monte Cassino during World War II as part of efforts to liberate Italy from fascist forces.

The Indian Army Chief's visit to the United Kingdom is scheduled for July 5 and 6,
during which he will interact with the Secretary of State for Defence, Chief of Defence Staff, Chief of General Staff and other dignitaries.

He will also be visiting various army formations where he will exchange ideas on issues of mutual interest.

During the second leg of his tour on July 7-8, the Army Chief will be holding important discussions with the Chief of Defence Staff and Chief of Staff of the Italian Army.

He will also be briefed at the Italian Army’s Counter IED Centre of Excellence at Cecchingola, Rome.

India and the UK have close ties; this was elevated to the status of a Strategic Partnership in 2004.

Both the UK and Italy are important partners for India in the fields of defence, healthcare, aerospace, education, clean technology, renewable energy and information and communication technology.