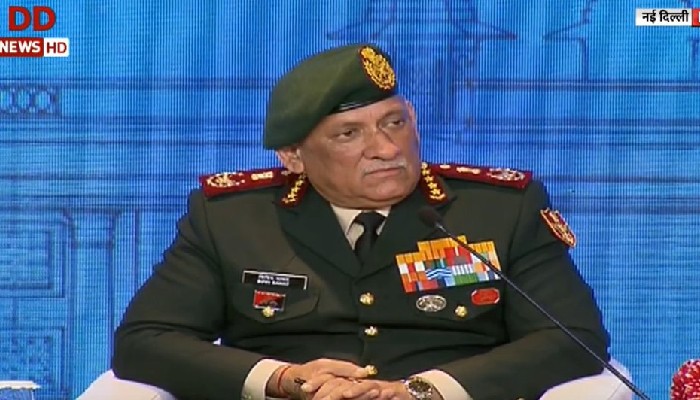 Both the commands will have an Air Force component, separate from the Air Defence Command, CDS Rawat said

Chief of Defence Staff General Bipin Rawat on Friday said that there would be dedicated integrated commands for dealing with India’s Northern and Western adversaries referring to China and Pakistan respectively.

“Should a ‘two-front war’ be thrust upon us, we will be deciding upon the primary front and secondary front depending on where the large threat emerges, based on that resource allocation to ensure credible defence,” CDS Rawat explained.

“But at the same time resources from one theatre will be made available to the other depending on whichever is the primary front,” he added.

Both the commands will have an Air Force component, separate from the Air Defence Command that would be the exclusive mandate of the IAF, CDS Rawat said.

“We are considering national security as one issue that we must address. Therefore one of the commands is looking at management of air space above,” he highlighted.

With regard to the recent drone attack on Jammu airbase on June 27, the Chief of Defence staff said to address such threats there is a need for unifying space above land under one command, where one commander would be ensuring the entire management of Indian air space.

Similarly, CDS Rawat also said that there will be a national maritime theatre command for addressing threats in the Indian Ocean region.

“We also find that we have a large Indian Ocean Region where the emerging threats can be seen day by day and for dealing with these threats we are working on creating a national maritime theatre command which will be responsible for the safety and security of what happens in the Indian Ocean region, including our island territories in east and west coast,” he said.

“Indian Ocean has vast resources which if we do not take care of now, will be exploited by other nations that keep entering into the ocean area. At the same time there is a need to ensure that we protect our coastlines from any threats that are likely to emerge, Rawat added.