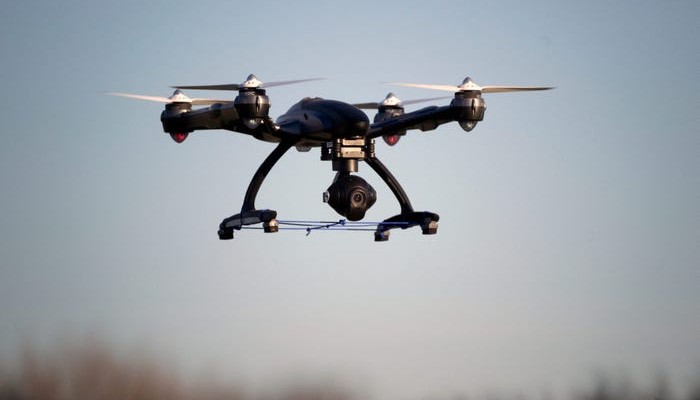 India has asked Pakistan to investigate the incident of drone sighting near the Indian High Commission in Islamabad on June 26. India has also warned Pakistan that such breach of security must not occur again.

At a media briefing on Friday, MEA Spokesperson Arindam Bagchi said, “A drone was spotted over the premises of India High Commission in Islamabad on June 26 this year. This has been taken up officially with the government of Pakistan. We expect Pakistan to investigate the incident and prevent reoccurrence of such breach of security.”

According to several media reports, the drone was allegedly attempting to capture details of a diplomatic event that was being held at the mission.

The incident has rung alarm bells as it happened hours before the drone attack on Indian Air Force base in Jammu on Sunday in which two Indian Air Force personnel were injured and a building was damaged.

Regarding the Jammu Air force station case, MEA Spokesperson said that the investigation is in progress. As far as terror financing is concerned, Bagchi made clear that India has a zero tolerance policy.

“We condemn terrorism in all its forms and manifestations. All countries must take credible actions against terrorism including by putting an end on cross border movement of terrorists, ending terrorists safe havens and infrastructures and their terror financing channels,” he said.

In this regard, he called upon Pakistan to take “credible, verifiable and irreversible actions against terrorist networks and proxies operating from territories under its control and bringing the perpetrators of terrorist attacks including the 26 November Mumbai attack and the Pathankot attack to justice.”

On Thursday, Army Chief Gen MM Naravane said that the easy availability of drones has increased the complexity of security challenges from both State and State-sponsored terrorists and it is important to shed old mindsets to prepare for the new-age forms of warfare.

A day after the IAF station attack in Jammu, there were attempts to target the Ratnuchak-Kaluchak military station in the Valley with drones but it was thwarted by alert soldiers.

These incidents are “very serious and very dangerous”, and there is an urgent need to develop technology to counter such challenges, Border Security Force chief Rakesh Asthana said on Friday.

“There is an urgent requirement to develop anti-drone technology to stop the menace of drones, being used for narco-terrorism and attacks on vital installations. The drones have been used by the enemy country and by the criminal elements for bringing in not only weapons, ammunition and narcotics, but now since they are used for carrying payloads that are being used to drop bombs also which is something very serious and very dangerous,” Asthana said on Friday.