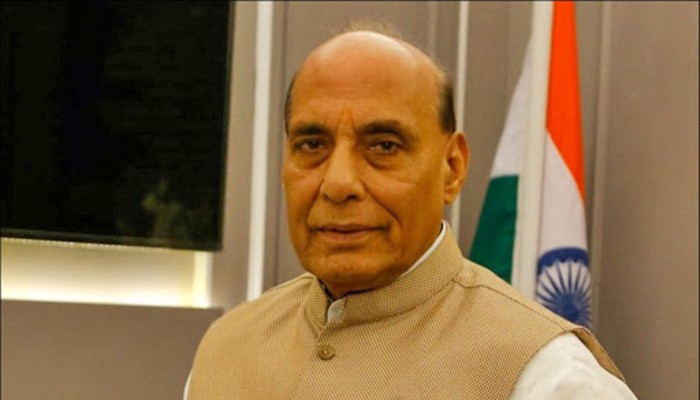 Defence Minister Rajnath Singh on Thursday held an online interaction with Minister of National Defence of Vietnam Sr Lt Gen Phan Van Giang and both reviewed the progress in the current initiatives of the two countries in defence areas.

During the interaction, both sides expressed commitment to further enhance engagements between the Defence Forces of the two countries under the framework of India-Vietnam Comprehensive Strategic Partnership (2016) and under the guidance of the Joint Vision for Peace, Prosperity and People signed during the Virtual Summit between the Prime Ministers of the two countries in December 2020.

The Ministers agreed to initiate measures to enhance cooperation in Defence Industry and Technology domain and look forward to greater synergy in effectively deepening bilateral cooperative engagements across the spectrum.

Both Ministers expressed satisfaction at the ongoing activities between the two countries despite the limitations imposed by COVID 19.

In a series of tweets, Rajnath Singh termed the relationship between India and Vietnam as “strong and effective”.

He said, “India attaches great importance to its bilateral defence cooperation with Vietnam.”

“Both India and Vietnam share a long-standing tradition of helping each other in difficult times. We have achieved substantial progress in defence industry cooperation in recent years,” the Defence Minister added.

He thanked Sr Lt Gen Phan Van Giangfor inviting him on an official visit to Vietnam, and he looked forward to it.