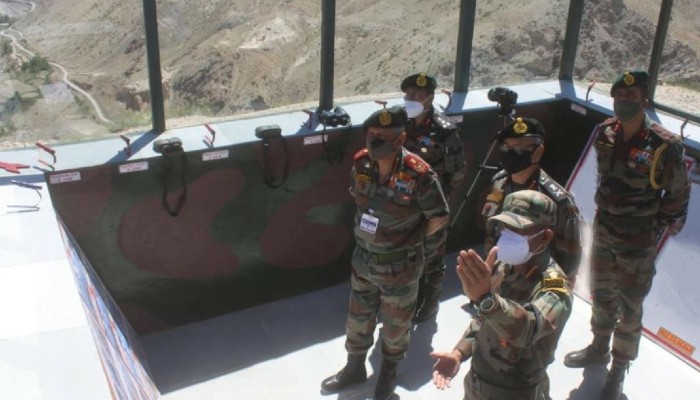 He interacted extensively with the Indian Army, ITBP and GREF personnel deployed in the remote areas

Chief of Defence Staff (CDS) General Bipin Rawat took stock of the preparedness of the Indian armed forces during a visit to areas along the Line of Actual Control (LAC) with China in Himachal Pradesh on Tuesday.

During his visit to the sensitive region, Gen Rawat encouraged the troops to keep up the high state of alertness and professionalism displayed by them.

On arrival at the forward most post in the Sumdoh Sub-Sector, the CDS was briefed on the operational preparedness of the forces towards safeguarding the territorial integrity of the nation, the Ministry of Defence said.

The CDS interacted extensively with the Indian Army, ITBP and GREF personnel deployed in the remote areas and appreciated their state of high morale.

While several rounds of milirary and diplomatic talks have been held, Indian and Chinese military forces are engaged in a tense standoff at several friction points in Eastern Ladakh.

He stressed upon the need to focus on training hard and remain vigilant to thwart the nefarious designs of our adversaries.

He emphasized that all ranks must keep themselves abreast with latest trends in information technology, emerging cyber threats and counter measures.