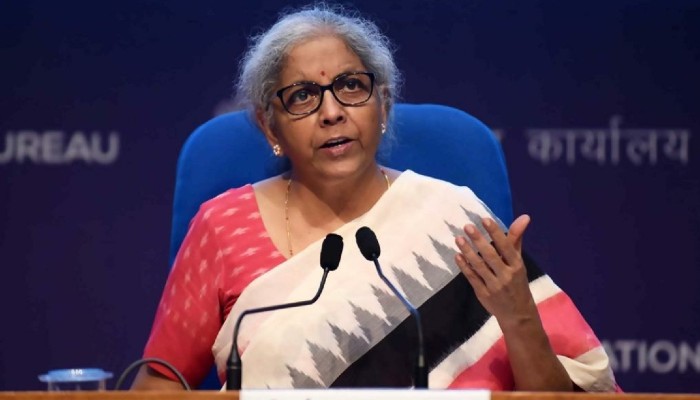 These include a Production-Linked Incentive (PLI) scheme for electronics manufacturing

An amount of Rs 50,000 crore has been earmarked for scaling up medical infrastructure in the country, said Sitharaman. The Finance Minister allocated Rs 23,220 crore for public health, with a sharp focus on children and pediatric care.

FM Sitharaman also announced relief for the tourism sector. Travel agencies, she said, will be able to get a retail loan of Rs 10 lakh while tour guides will be eligible for a loan of Rs 1 lakh. The first five lakh tourists will be provided with visas free of cost, she added.

Further, FM Sitharaman said that the overall cap of the Emergency Credit Line Guarantee Scheme (ECLGS) scheme will be raised to Rs 4.5 lakh crore from the earlier Rs 3 lakh crore.

The ECLGS was launched as part of the AtmaNirbhar Bharat package last year to facilitate collateral-free loans to MSMEs.
The central government has decided to allocate an additional Rs 19,041 crore to be spent on providing broadband in each village across the country.

Rs 3.03 lakh crore has been earmarked for a 'reform-based result-linked' power distribution scheme. This amount will assist DISCOMS (state-owned power distribution companies) in creating more infrastructure and upgrading existing systems. The Centre's share in this would be Rs 97,631 crore.

FM Sitharaman also announced a production-linked incentive scheme to incentivize large-scale electronics manufacturing for another year. Investments made in 2020-21 will continue to be covered under this scheme.

"Companies can opt to choose any five years for meeting production targets," she added.

During the press conference, Sitharaman also proposed an additional corpus to the National Export Insurance Account (NEIA). This would allow the NEIA to underwrite an additional Rs 33,000 crore of project exports over five years.

The NEIA Trust promotes medium and long-term project exports by extending risk cover. The trust has supported 211 projects of Rs 52,860 cr in 52 countries by 63 different Indian Project Exporters till March 31, 2021.

Sitharaman said that a package of Rs 77.45 crore has been proposed to revive the North Eastern Regional Agriculture Marketing Corporation (NERAMAC). The amount will be used for financial restructuring and infusion of funds to NERAMAC, she added.