At UNSC, India raises concern over recruitment of children for terror-related activities 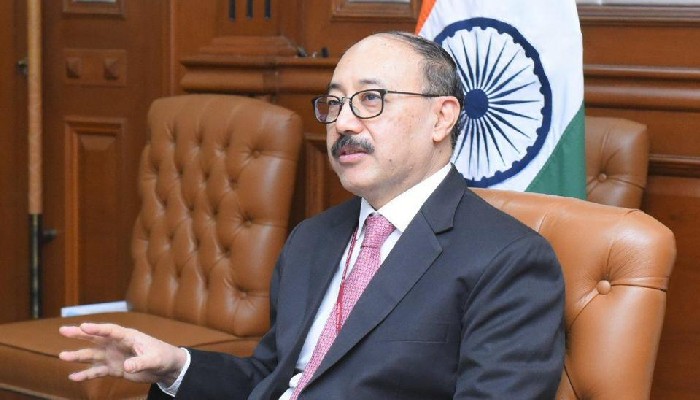 There is a need for a more coordinated approach in implementing the child protection and counter terrorism agendas, said F S Shringla

India on Monday expressed its concern over “a dangerous and worrying trend in global terrorism” as increasing number of children are being recruited for terrorism-related activities.

“We are witnessing a dangerous and worrying trend in global terrorism and that is an increase in the number of children that are being recruited and involved in terrorism-related activities. Terror groups take advantage of the fact that children are the most susceptible to manipulation,” Foreign Secretary Harsh Vardhan Shringla said at the UNSC open debate on children and armed conflict.

The Foreign Secretary said school closures due to the pandemic have provided an even greater opportunity to these terrorist groups to target children, including through online avenues, for radicalization and indoctrination in violent extremist ideologies.

“We believe that there is a need for a more coordinated approach in implementing the child protection and counter terrorism agendas. States need to demonstrate greater political will to hold the perpetrators of terrorism and their sponsors to account, and to fulfill the Council’s child protection obligations,” he maintained.

“We also call for ending impunity for all actors responsible for inciting and perpetrating grave violations against children. There must be greater accountability and sincere efforts in bringing the perpetrators to justice by governments from whose territory such entities operate,” he further said.

Stating that a close cooperation between the United Nations and its Member States concerned is critical for developing an effective and sustainable policy for repatriation and reintegration of children affected by armed conflict, he said States should adopt an inclusive approach to provide protection to child victims during the rehabilitation and reintegration process in post-conflict situations.

However, he regretted that despite the Council’s clear mandate, “we note with concern that the Secretary General’s report includes allegations that are not situations of armed conflict or threats to the maintenance of international peace and security.”

“We must be cautious as attempts to selectively expand the mandate politicizes the agenda, diverting attention from real threats to international peace and security and to children in armed conflict,” the Foreign Secretary added.

“We note with appreciation that the engagement of the United Nations, particularly the office of the Special Representative of the Secretary General for Children and Armed Conflict, with parties engaged in armed conflict has resulted in the release of 12,643 children over the last year. This positive trend must continue,” he said.