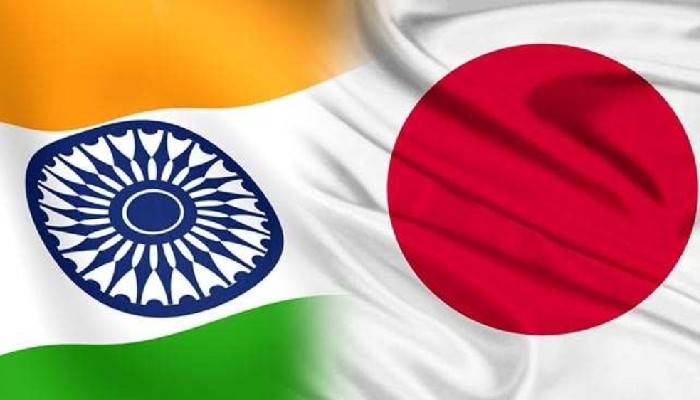 Current challenges demand that the friendship and partnership gets even deeper, PM Modi said

During the Covid-19 pandemic, India-Japan friendship has become even more important for global stability and prosperity, a belief shared by his Japanese counterpart Yoshihide Suga, said Prime Minister Narendra Modi on Sunday.

Current challenges demand that our friendship and partnership gets even deeper, stressed the Prime Minister in his remarks at the inaugurating a Zen Garden and Kaizen Academy at AMA, Ahmedabad.

Touching upon his personal equation with the leadership of Japan, he recalled the visit of the former Japanese Prime Minister Shinzo Abe to Gujarat. “The visit gave a new momentum to India Japan relationship,” he said.

He elaborated on this common belief with the current Japanese Prime Minister Yoshihide Suga that in this period of pandemic India-Japan friendship has become even more important for global stability and prosperity.

Prime Minister Modi emphasized, “With Japan, we have the confidence of centuries old cultural relations and also a common vision for the future.”

He pointed towards the strengthening of Special Strategic and Global Partnership with Japan. He also informed about the Japan plus mechanism in the PMO.

The Prime Minister, underlined his personal connect with Japan and his appreciation for affection of people of Japan, their work culture, skills and discipline.

He said that his assertion that “I wanted to create Mini-Japan in Gujarat” encapsulated the aspiration of warmth for visiting Japanese people.

Talking about Japan’s enthusiastic participation in ‘Vibrant Gujarat Summit’ over the years, PM Modi said more than 135 companies, ranging from automobile, banking to construction and pharma, have made Gujarat their base.

Companies like Suzuki Motors, Honda Motorcycle, Mitsubishi, Toyota, Hitachi are involved in manufacturing in Gujarat contributing to skill development of the local youth, he added.

In Gujarat, three Japan-India Institute for Manufacturing are giving skill training to hundreds of youth with tie up with technical universities and IITs, the Prime Minister informed.

Furthermore, JETRO’s Ahmedabad Business Support Centre is providing plug and play work-space facility to up to five companies simultaneously and many Japanese companies are being benefitted by this, he explained.

The Prime Minister had made special efforts to improve golf facilities in Gujarat when, in an informal discussion, he realized that Japanese people love golf.

Pointing to the similarities between ‘Zen’ and Indian ‘Dhyan’, he dwelled on the emphasis on inner peace along with outer progress and growth in the two cultures.
Indians will find the glimpse of the same peace, poise and simplicity in this Zen garden, which they experienced in Yoga through the ages, the Prime Minister added.

‘Continuous improvement’ was reflected in refinement of processes, leading to positive impact on governance, the PM added.

Continuing with the importance of governance in national progress, the he informed that, after becoming Prime Minister, he brought Kaizen related experience of Gujarat to PMO and other Central Government departments.

This has led to simplification of the processes and optimization of office space. Kaizen is being used in many departments, institutions and schemes of the Central Government, said the Prime Minister.