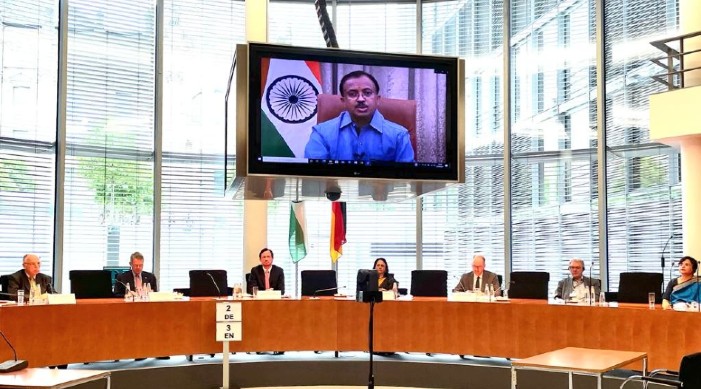 Minister of State for External Affairs V Muraleedharan has said parliamentary ties between India and Germany are a cornerstone of the deep and wide-ranging strategic partnership between the two countries, which complements other regular institutional engagements at the higher political levels.

The Minister said on Tuesday that the world has changed significantly and also India and Germany since 1971 when the Friendship Group was established.

“The Federal Republic of Germany united with the German Democratic Republic and became one country in 1990, transforming into an economic powerhouse not only in the European Union, but also globally,” the Minister said

He added India too has emerged as a thriving economy and also as the largest democracy in the world. With our young and dynamic population, which nurtures higher aspirations, we now see a New India that actively participates in international decision-making and norm setting.

“The pillars of our bilateral relationship, that is, people-to-people ties, economic and trade, scientific and educational cooperation are further strengthened with your support as Parliamentarians,” Muraleedharan said, adding “Your support contributes to the realisation of our common vision for a free, open and rules-based world order that is committed to multilateralism.”