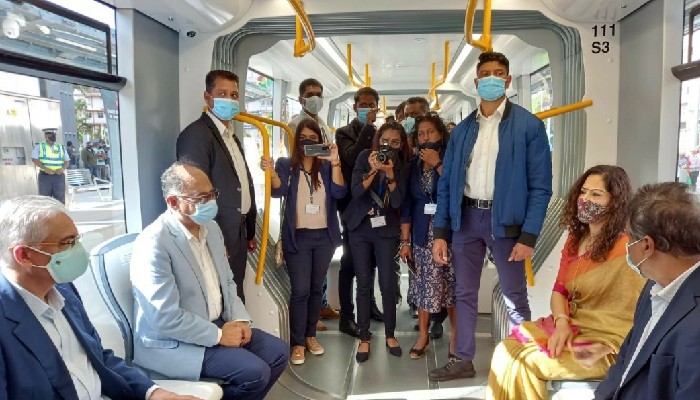 Extending a safe, secure, reliable and efficient mode of transportation in Mauritius, another section of the India-funded Metro Express was inaugurated by Mauritian Prime Minister Pravind Kumar Jugnauth on Sunday.

Announcing on Twitter about the moving forward of the bilateral project, the Indian High Commission in Mauritius said that the Rose Hill to Quatre Bornes segment was inaugurated by PM Jugnauth.

The ‘Metro Express’ jointly inaugurated by PM Jugnauth and Prime Minister Narendra Modi in 2019, is a flagship project that is being built through an Indian Special Economic Package, with a grant assistance of US$353 for 5 projects in Mauritius.

The projects include a new Supreme Court building, Social Housing Project, supply of Digital Tablets to school children and an ENT Hospital.

In March 2017, an agreement was signed between RITES, an Indian Public Sector Undertaking and the Government of Mauritius appointing RITES as a Consultant for the Metro Express Project.

India has extended several Lines of Credit (LoC) to Mauritius to assist in the development of infrastructure, human resources, skill development, capacity building and project appraisal.

In March 2015, Prime Minister Narendra Modi during his visit to Mauritius had announced a new LoC of USD $500 Million for civilian infrastructure projects.

Important symbols of recent projects undertaken by India in Mauritius include the Cyber Tower at Ebene and the Swami Vivekananda International Conference Centre.