India thanks Australia for valuable medical supplies in fighting Covid-19 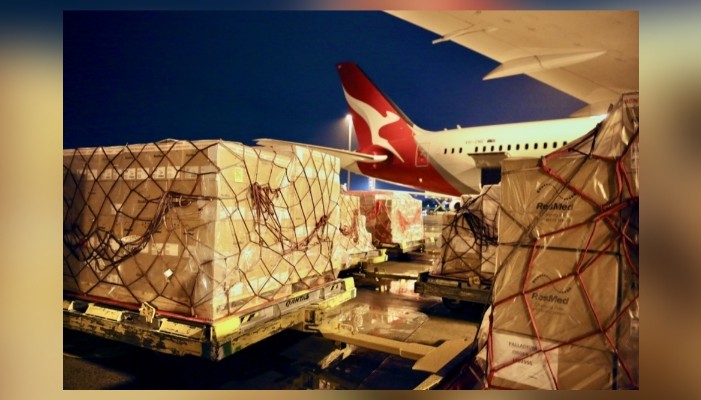 India has thanked the Australian Government, the various State Governments and the people of Australia for their valuable contribution in fighting the Second Wave of Covid-19 pandemic in the country.

In a statement issued last week, the High Commission of India in Canberra also thanked the Indian diaspora communities, various NGOs and institutions for their contribution in various capacities in extending support to India in its tough time.

During the second wave of the COVID-19 pandemic in India, a number of foreign governments, NGOs & diaspora communities had come forward and extended their support in India’s fight against the pandemic, it noted.

As a close friend and trusted partner, the Australian Government had sent more than 30 tonnes of valuable medical supplies including 3000 ventilators and 250 oxygen concentrators to India.

Informing that in the last few weeks, India has witnessed a sharp and continuous decline in COVID-19 cases, it stated that India has also significantly scaled up the production of oxygen and essential medical supplies.

Therefore, High Commission of India, Canberra would like to convey that Government-to-Government and Private-to-Government assistance is not required any more, it stated.

It may be recalled that the Australian Federal Government had said on April 26 that it will send oxygen, ventilators and personal protective equipment as part of an immediate package of support to the Indian Government’s programme for combatting the country’s current COVID-19 outbreak.

On May 5, the first flight departed from Sydney to India carrying supplies to meet the needs of India, including 1056 ventilators and 43 oxygen concentrators.

According to a release from the office of Australian Foreign Minister Marise Payne on June.4, 19 of India’s 36 states and union territories had received Australian medical supplies from previous deliveries, including 3000 ventilators and 250 oxygen concentrators.

These formed part of the country's $37.1 million package of support for India, the Australian official statement had added.