PM to address UN dialogue on desertification, drought next week 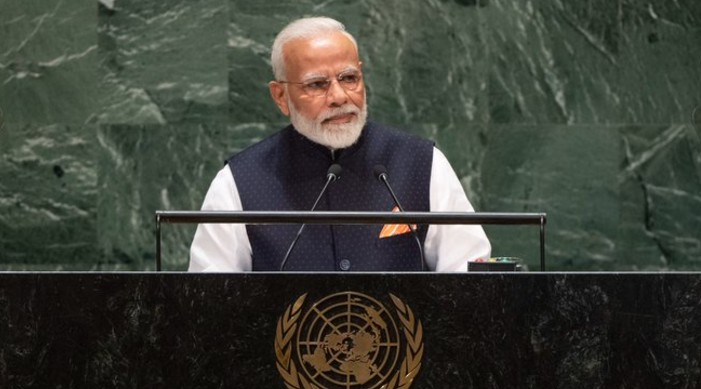 Prime Minister Narendra Modi will deliver a keynote address virtually at the UN “High-Level Dialogue on Desertification, Land Degradation and Drought” on Monday at the United Nations in New York.

According to the Permanent Mission of India to the UN, Prime Minister Modi will be speaking at the opening segment in his capacity as the President of the 14th Session of the Conference of Parties of United Nations Convention to Combat Desertification (UNCCD).

The High-Level Dialogue will be organized by the President of the General Assembly in accordance with UN General Assembly Resolution 75/218 of 21 December 2020 entitled “Implementation of the United Nations Convention to Combat Desertification in Those Countries Experiencing Serious Drought and/or Desertification, Particularly in Africa”.

This will include generating momentum and raising ambition for using land restoration as a key entry point. The discussions at the dialogue will highlight the importance of leveraging accelerated action on land-based solutions for climate and biodiversity.

The High-Level Dialogue will see participation of several other Heads of States/Governments and Ministers.