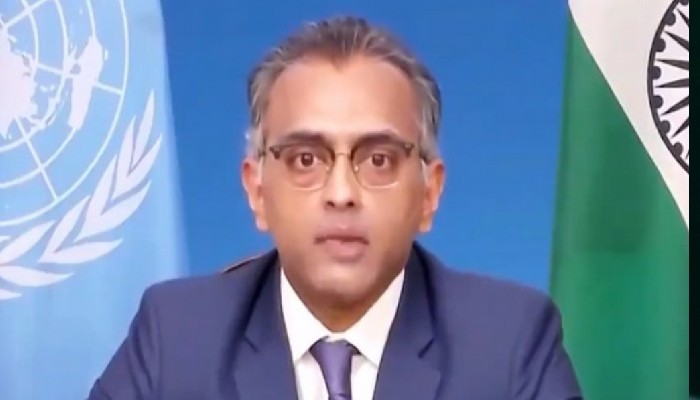 In a first-of-its-kind honour for an Indian diplomat, Deputy Permanent Representative of India to UN K Nagraj Naidu has been appointed as Chef de Cabinet by President-elect of the 76th session of the UN General Assembly Maldivian Foreign Minister Abdulla Shahid.

On Thursday, the UNGA President-elect Maldivian Foreign Minister announced the appointment of India’s Naidu as his Chef de Cabinet along with Ambassador Thilmeeza Hussain as Special Envoy. He expressed confidence that the two would be instrumental in delivering his vision for the ‘Presidency of Hope’.

“Today, I have appointed Ambassador Thilmeeza Hussain as Special Envoy of the PGA, and Ambassador Nagaraj Naidu Kumar as my Chef de Cabinet. They will be instrumental in delivering my vision for the #PresidencyOfHope,” Abdulla Shahid had stated in a tweet.

Earlier on Monday, Maldivian Foreign Minister Abdullah Shahid was elected as the President of the 76th UN General Assembly. India along with several UN members backed his candidature, thereby, making him win the prestigious post with an overwhelming majority.

The Maldivian Foreign Minister received 143 votes in his favour, while 48 voted against him in the elections to the post of President of the 76th session of the UN General Assembly which is held on an annual basis, rotated amongst various regional groupings.

Felicitating the Maldivian Foreign Minister for being elected to this important post, External Affairs Minister S Jaishankar had said India looks forward to working with him to strengthen multilateralism and it’s much needed reforms.