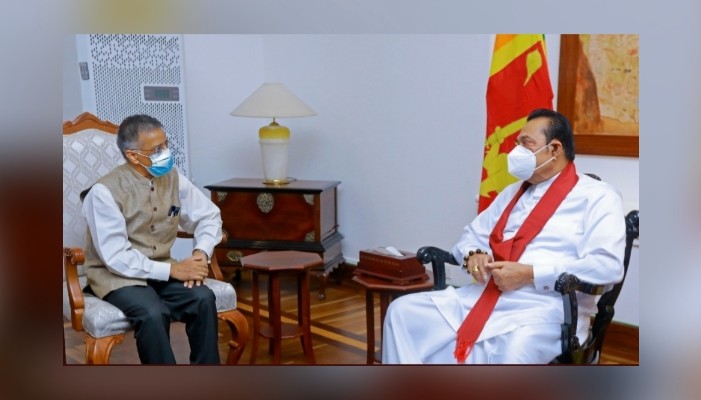 Even amid the times of Covid-19, both sides have maintained bilateral cooperation

Both leaders discussed a wide range of bilateral topics including in the areas of economic investment and financial cooperation.

India and Sri Lanka are important partners in trade and investment. India’s exports to Sri Lanka amounted to $5.3 billion in 2015-17 whereas its imports from the country were at $743 million.

Trade between the two countries grew particularly rapidly after the India-Sri Lanka Free Trade Agreement which came into force in March 2000.

Besides, the relationship between both sides is rooted in history, culture, and people-to-people ties. The ties have been enhanced over the years with regular bilateral visits from both ends.

Even amid the times of Covid-19, both sides have maintained bilateral cooperation through virtual meetings.

Prime Minister Narendra Modi in March spoke on phone with Sri Lanka President Gotabaya Rajapaksa. The leaders reviewed topical developments and the ongoing cooperation between both countries in bilateral and multilateral forums.

Both the leaders agreed to maintain regular contact between relevant officials, including in the context of the continuing COVID-19 challenges. The Indian prime minister reiterated the importance of Sri Lanka to India's Neighbourhood First policy.

In February, before the second wave of the pandemic took over in India, Sri Lankan Prime Minister Rajapaksa visited the country for a five-day visit during which he held talks with Prime Minister Modi to explore ways to further boost bilateral ties.

A host of issues, including fulfilling the aspirations of the Tamil community in Sri Lanka, the situation in the Indian Ocean Region and ways to boost defence and trade ties were discussed during the meeting.