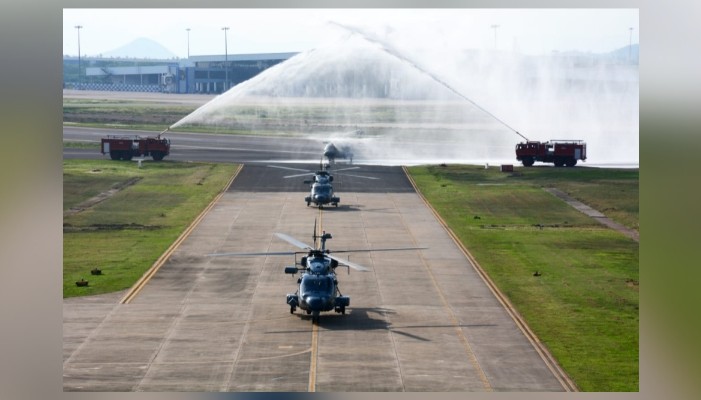 ALH Mk-III features an array of systems previously seen only on heavier, multi-role helicopters of the Indian Navy

The Indian Navy received a major boost in its capability to protect maritime interest of the country when three indigenously built multi-role Advanced Light Helicopters (ALH) Mk-III were inducted into the force at Visakhapatnam-based INS Dega naval air station on Monday.

Built by Hindustan Aeronautics Ltd, these helicopters are state-of-the-art flying machines which feature an array of systems previously seen only on heavier, multi-role helicopter of the Indian Navy.

As per the statement issued by the Ministry of Defence, these helicopters are fitted with modern surveillance radar and electro-optical equipment, which enable them to undertake the role of maritime reconnaissance in addition to providing long-range Search and Rescue, both by day and night.