Jaishankar to begin three-day visit to Kuwait from tomorrow 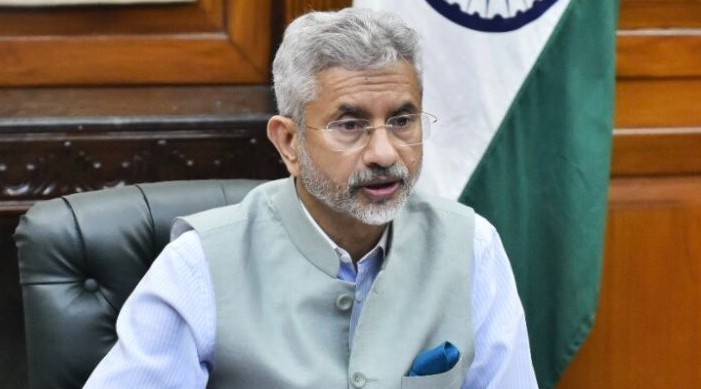 External Affairs Minister S Jaishankar will embark on a three-day visit to Kuwait beginning on June 8. He will carry a message from Prime Minister Narendra Modi for Kuwaiti emir Sheikh Nawaf al-Ahmad al-Sabah on ways to boost bilateral ties.

This will be the first visit from the Indian side to the Gulf nation since Sheikh Nawaf became the oil-rich nation’s new ruler last September, following the death of Sheikh Sabah Al-Ahmad Al-Sabah.

During the visit, the EAM will hold high level meetings and also address the Indian community in Kuwait and also share the letter from the Indian Prime Minister to further strengthen the bilateral ties.

The External Affair Minister’s visit comes at an important time. The year 2021-22 marks the 60th anniversary of establishment of diplomatic relations between India and Kuwait.

In recent weeks, to help fight the second wave of COVID-19 in India, the Government of Kuwait has been in the forefront to ensure sustained and reliable supply of Liquid Medical Oxygen to India including by establishing an Air/Sea Bridge.

Besides, Kuwaiti Foreign Minister Ahmed Nasser al-Mohammed al-Sabah had visited India in March when the two sides announced the establishment of a joint commission, chaired by the foreign ministers.

A number of joint working groups would be established under the joint commission to enhance cooperation in fields such as trade, investment, economic affairs, petrochemicals, defence and culture.

India is among the largest trading partners of Kuwait, and bilateral trade was worth $10.86 billion during 2019-20. India’s imports, mainly oil, were worth $9.6 billion during this period. Kuwait was the 10th largest oil supplier to India during 2019-20 and met 3.8% of the country’s energy needs. Kuwait is also home to nearly 900,000 Indian expatriates.

The Indian government had supplied 200,000 doses of Covishield vaccines to Kuwait in February.