For India, G-7 is an opportunity to expand ties with West 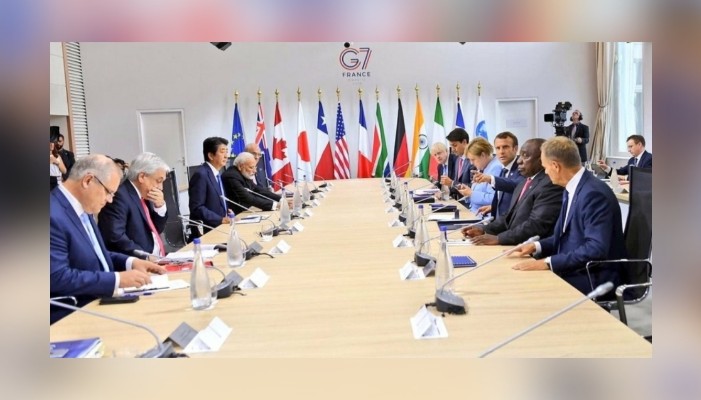 India had attended the 2019 G7 Summit as an Observer state.

India has also stepped up its engagement with the European Union

The Group of Seven (G7) summit is going to be held between June 11 and June 13 in the Cornwall region of the United Kingdom. The summit, which will see the digital participation of Prime Minister Narendra Modi, also marks an important step towards a new global compact between India and the West.

This is not the first time that India is participating in the G-7 nor is it novel to have G-7 leaders invite different countries to join them in extended consultations with leaders from the non-Western world. The difference this time is the conception behind Prime Minister Boris Johnson’s invitation to the leaders of India, Australia, South Africa and South Korea to join the G-7 summit this year.

Writing in The Indian Express, director, Institute of South Asian Studies, National University of Singapore, C. Raja Mohan says that for India, the Cornwall summit comes amidst intensifying strategic cooperation with the West. This includes strong bilateral strategic cooperation with the US, France, UK as well as the Quad and the trilateral partnerships with France and Australia as well as Japan and Australia, he says.

India has also stepped up its engagement with the European Union.

Raja Mohan points out that the increasing intensity of this engagement with the US and the West has been triggered in part by the continuous deterioration of the relationship with China. The frequent military crises at the northern frontiers — in 2013, 2014, 2017 and 2020 — have compelled Delhi to reevaluate its threat perceptions, he adds.

Besides the threat to territorial security, India finds that its hopes for strong global cooperation with China — through such forums as the RIC (Russia-India-China forum), BRICS (Brazil, Russia, India, China and South Africa) — have taken a big beating in recent years.

It is one of the “obstacles to India’s global aspirations”, the author notes.
India has relied on Western support to fend off China’s effort to internationalise the Kashmir question after the 2019 constitutional changes. The West is also more empathetic than China on India’s international campaign to contain Pakistan’s support for cross-border terrorism.

The author notes that India is not only reluctant to integrate with the China-led Asian economic order, but it is also turning to the West — the US, UK, EU and others — for trade agreements. India is also eager to emerge as a critical node in future supply chains oriented to the democratic world, including in the area of vaccine production.

However, the author points out that it will surely not be easy translating the broad convergences between India and the West into tangible cooperation. That would require sustained negotiations on converting shared interests — on reforming the global economic order, mitigating climate change, promoting greener growth, making the world immune to future pandemics, and constructing trusted supply chains — into concrete outcomes, he says.