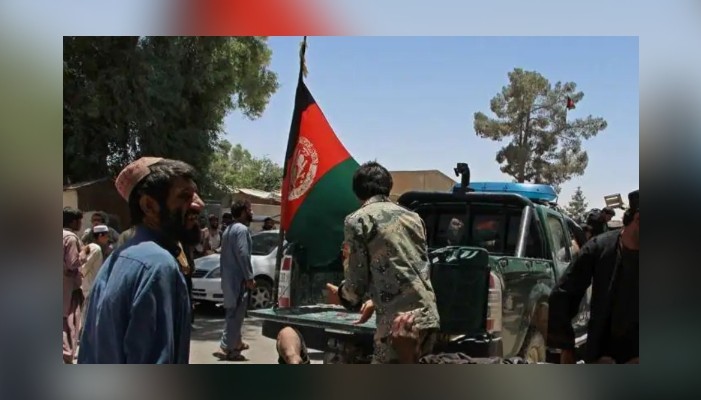 India is apprehensive that if the Taliban were to establish their dominance across Afghanistan, its ungoverned spaces could be used by Pakistan to launch terrorist attacks

The saga of the 20-year engagement of US troops in Afghanistan will come to a close within the next three months. This has been the longest engagement of the US outside its territory, having started soon after the attacks on the US Al-Qaeda on September 9, 2001.

Donald Trump came to office with the promise to completely withdraw the US troops from Afghanistan. After a few ups and downs, the US signed a deal with the Taliban on February 29, 2020 declaring that its troops will leave within 14 months ie by May 1, 2021, while the Taliban will not allow the soil of Afghanistan to be used against the security of USA and its allies.

The Joe Biden administration hinted from the beginning that it may not observe the May 1 deadline if conditions on the ground were not propitious. In early March, US Secretary of State Antony Blinken suggested a peaceful “transition” government that would give the Taliban power within the Afghan administration.

India has huge stakes in the rapidly evolving situation in Afghanistan. Although India has been actively engaged in the economic, security and social development of Afghanistan over twenty years, it has been on the margins in discussions on the future political and security architecture of Afghanistan.

India’s interests comprise not only the US$3 billion plus investment in Afghanistan in various projects, big and small, in social and physical infrastructure, but even more importantly, India’s own security and stability.

India is apprehensive that if the Taliban were to establish sway over much of Afghan territory, several of its ungoverned spaces could be used by Pakistan to train and launch terrorist offensives against India. India has been supportive of the Ashraf Ghani government and consistently advocated an Afghan-owned, Afghan-controlled and Afghan-led peace process.

In addition, India wants that the outcome in Afghanistan fully preserves the gains made by the country over the last twenty years particularly in areas of protecting the rights of women, minorities and girl education etc.

The US supports the active role of India in the future political and security architecture of Afghanistan. To protect and advance its interests, India needs to vigorously engage with all stake-holders in Afghanistan, domestic as well as regional and global.

The Taliban have consistently stated that they want cordial relations with India. India, however, cannot forget the many attacks on its property and personnel by the Taliban and their accomplices.

The Taliban would want to garner greater political acceptability and recognition by India and the world than it had in the past. They will also require funds for economic development which it would hope would continue to flow from India which is the single largest individual contributor to Afghanistan’s development.

Pakistan is in a triumphalist mood because it has been able to underline its utility, in fact indispensability, both to the United States and the Taliban. The February 2020 Agreement signaled the success of Pakistan’s Afghan policy of running with the hare and hunting with the hound i.e. providing refuge to the Taliban while assuring the US that it was supporting its War on Terror.

Pakistan would hope and expect that the Taliban would continue to do its bidding. This, however, is not so obvious as the Taliban leadership would be keen to establish their independent identity and relations with the world, rather than walk on Pakistani crutches.

The Taliban could exercise control over much of Afghanistan soon after the US troops leave the country. Although Pakistan will have a significant influence on the Taliban, the latter might not agree to continue as a mere proxy for the Pakistan army and the ISI.

It has become increasingly clear that US is not willing to completely let go off Afghanistan. It is interested in establishing some bases in the region to keep an eye on developments in Afghanistan. Pakistan appears to be wavering in providing space to the US troops although it recognizes the political and economic benefits that would accrue to it.

Most importantly, its reluctance in taking a plunge seems to be due to virulent opposition of the Taliban that they would attack the bases and the countries where they are located. If Pakistan were to provide facilities to US troops, it would cause unbearable strain on its relations with the Taliban, which might be too high a price to pay.

In addition, China would be staunchly opposed to such a move as this would bring the US forces close to Gwadar and the strategic China-Pakistan Economic Corridor. China being the indispensable partner of Pakistan would make certain that its interests are not compromised.

Both China and Russia have benefitted immeasurably from the US presence in Afghanistan over the past twenty years. The principal interest for China after the US withdrawal would be to insulate itself from Al-Qaeda and other terrorist groups in Afghanistan so that they do not support ETIM and Uighurs in Xinjiang through the Wakhan corridor adjoining China.

China has already established a base in Tajikistan on the border with Afghanistan. It might also send troops to Afghanistan to protect its interests and maintain peace and tranquility.

China would also be interested in taking full benefit of mineral resources in Afghanistan. It entered into a contract for a major mining concession for the Aynak copper mine in 2007 for US$2.8 billion. No action, however, has been taken thus far on this.

Afghanistan has threatened to reissue the tender. This hardening of position is due to busting of an alleged Chinese espionage ring operating in Kabul to hunt down Uyghur Muslims with the help of the Haqqani network.

Situation can, however, be expected to improve once the US troops leave and the Taliban expand their dominance. China is also keen to extend the coverage of the CPEC and the BRI to Afghanistan. This expansion of China’s footprint would be a matter of huge concern for both America and India.

Uncertainty stares Afghanistan in the face as the US troops continue their departure. Influence of Pakistan, China and Russia is expected to grow in the coming months. India and the US will have to be proactive and vigilant in protecting and promoting their respective interests.

**The author is the president of Institute of Global Studies and the Distinguished Fellow at Ananta Aspen Centre. He is a former Indian Ambassador to Kazakhstan, Sweden and Latvia. Views expressed are his personal.