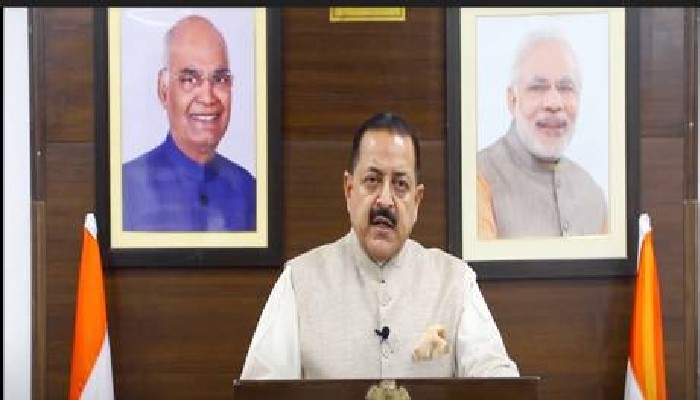 India’s Fugitive Economic Offenders Act 2018 law empowers authorities for non-conviction-based attachment and confiscation of proceeds of crime and properties and assets of a ‘fugitive economic offender –against whom a warrant for arrest in relation to a scheduled offence has been issued by any court in India and who has left the country to avoid criminal prosecution or judicial processes.

Dr Jitendra Singh said as the accused take shelter in foreign countries and conceal the proceeds of crime in complex legal structures spread over different countries and jurisdictions, the gaps and weaknesses of international cooperation in this area are fully exploited by such fugitives to their advantage.

The Minister conveyed India’s appreciation to all the countries who are taking this fight ahead in the right direction by intensifying efforts, sustaining political commitment and decisive action, at all levels, against preventing and combating corruption by way of endorsing the United Nations political declaration.

He said, India provides mutual legal assistance to widest possible extent and it has strengthened its domestic law and widened the scope for international co-operation with contracting states and international organizations.

Dr Jitendra Singh said that the UNGA Session is happening at a time when Corona is testing our patience and testing the limits of all of us at enduring misery. He said that in the days gone by, to tide over this crisis, India has coordinated with experts from myriad sectors and according priority to expert and scientific advice for sustainable COVID-19 management.

The country is also implementing the five-fold strategy of Testing, Tracing, Treatment, Covid-appropriate behaviour, and Vaccination which can help in curbing the spread of the pandemic, he added.

Dr Jitendra Singh said, in addition to the suffering the pandemic has created unprecedented short term and long-term challenges in fighting corruption at all levels. It is significantly undermining the distribution of resources, jeopardizing our rebuilding processes, extending economic pressure and delaying the return to growth.

The Minister added that this is indeed the most appropriate time to come together and strengthen international cooperation to prevent and combat corruption.

Dr. Jitendra Singh said that India has a zero-tolerance policy towards corruption and the moto of the Government of India, given by the Prime Minister, is ‘minimum government, maximum governance with emphasis on transparency and citizen centricity.

With an aim to decentralize decision-making and bridging communities with local governments across cities and towns, innovative solutions are being implemented using digital tools in all sectors affecting the livelihoods of citizens.

The Minister said that India is already on a digital-first trajectory with one of the highest volumes of digital transactions in the world.

The programmatic use of technology has helped in increasing the speed and the plugging of leakages in delivering benefits to the citizens of India. With the linking of biometric ID cards with bank accounts and mobile phones, the system has provided a safety net to millions of citizens in need of immediate monetary aid through ubiquitous direct transfer of benefits.

The Minister said that from filling healthcare needs in remote areas to building data-driven public policy on health, the use of technology fulfils many roles and most importantly in some of the most remote areas of the country.

While concluding his address, Dr Jitendra Singh wished for a steadfast and strong commitment to combating the menace of corruption especially in these times of crisis and reiterated that India is ready to work with other countries, civil society and international organizations to accelerate the implementation of anti-corruption principles.