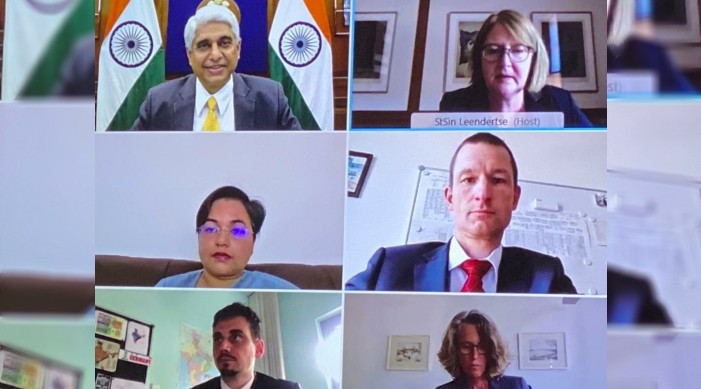 India and Germany on Thursday held bilateral consultations on UN issues, using the virtual platform and discussed a wide range of issues on the UN agenda.

At the consultation, while Secretary (West) Vikas Swarup--led the Indian delegation along with officials from the UN and Europe West Divisions of MEA and the Embassy of India in Berlin, the German delegation was led by State Secretary Antje Leendertse with officials from International Order and the United Nations Desks of the Ministry of Foreign Affairs and the German Embassy at New Delhi.

The Indian delegation briefed the Germany side on India’s priorities during its UNSC tenure. Both sides agreed to continue their engagement on key issues on the UN agenda.

As per estimation, 1600 German companies are functioning in India, including 600 joint ventures.