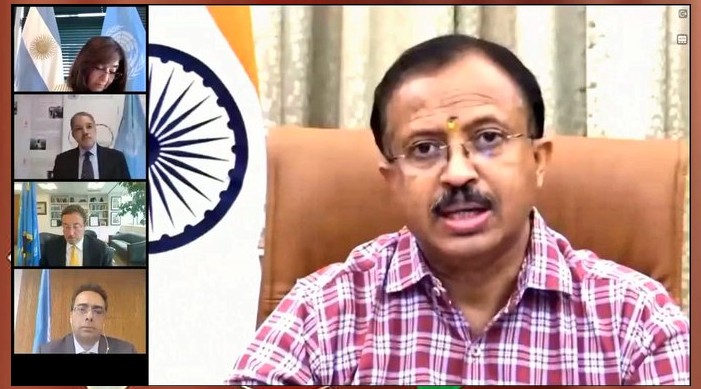 During the pandemic, the Global South has been left to fend for itself, said MoS for External Affairs

Minister of State for External Affairs V Muraleedharan on Tuesday said Covid-19 has laid bare the shortcomings of multilateral institutions.

“It has taken time for multilateral institutions to react to the pandemic and cater effectively to the Global South. We have realised that during the pandemic, even the traditional north-south paradigm has not worked well and the Global South has been left largely to fend for itself. It is here that South-South Cooperation becomes necessary, even crucial,” Muraleedharan said at the 20th session of high-level committee on South-South Cooperation.

He said India reached out to 150 countries in a spirit of solidarity to supply medicines, medical equipment and other urgent requirements when the pandemic began.

“When we produced COVID-19 vaccines, we reached out to some of the most vulnerable countries first to provide these vaccines. We have done this in a spirit of South-South Cooperation and in the recognition that ‘no one is safe till everyone is safe,” the Minister said.

India’s development cooperation has taken myriad forms - from providing training to nearly 15,000 students annually from more than 160 countries under the Indian Technical and Economic Cooperation programme to our concessional Lines of Credit of over US$ 30 billion which has provided developmental finance to 64 countries, including to South Asia and Africa.

Another modest effort, he said, has been the setting up of the US$ 150 million India-UN Development Partnership Fund, which continues to support South-owned and South-led sustainable development projects with a focus on LDCs, LLDCs and SIDS.

In four years, the Fund has accumulated a portfolio of 66 projects in 52 countries.

He said India is also working actively with countries of the Global North to see how best the Global South can benefit from triangular cooperation.

“For example, in the fields of climate action, India has been instrumental in co-founding the International Solar Alliance and the Coalition for Disaster Resilient infrastructure with our developed country partners,” the Minister added.

He said, “When we seek to ‘build back better’ from the current pandemic, it is important that not only should the Global South continue to exhibit strong solidarity and share resources, but it is equally important for developed countries to come forward in the same spirit and make sure that there is no slackening in our capacity to achieve Paris Agreement and the 2030 Agenda.”

“This is even more true in the case of small states, which have been the hardest hit during the pandemic,” the Minister added.