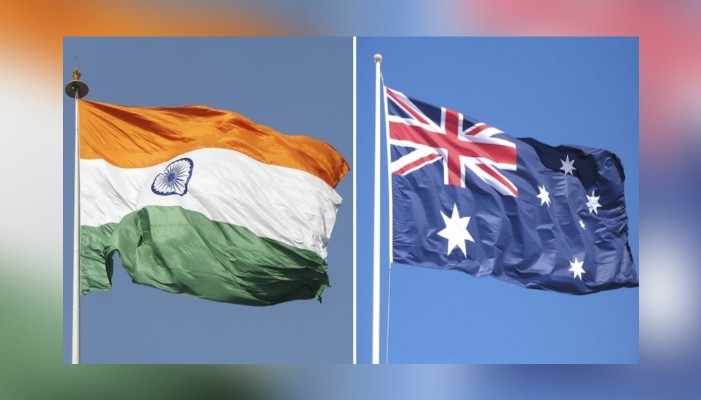 Expressing satisfaction at the momentum of defence cooperation between the two sides, India and Australia have commited to further enhance engagement between their armed forces.

The issue was discussed during a telephone call between Indian Defence Minister Rajnath Singh and Australian Minister for Defence Peter Dutton on Tuesday.

Both Ministers reviewed the defence cooperation between the two countries in the backdrop of the current regional situation.

Singh later tweeted that the two of them talked about the measures taken by both the countries to fight against Covid-19 pandemic.

“Spoke to Australian Minister for Defence, Mr Peter Dutton about the measures taken by both the countries to fight against the COVID-19 pandemic. India and Australia share a warm and people to people contact underpinned by a strategic partnership,” he said in the tweet.

“It is heartening to note that the Australian Armed forces have wholeheartedly supported India in its fight against COVID-19,” a separate tweet from Singh said.

“India remains fully committed to the implementation of comprehensive strategic partnership with Australia. Both sides look forward to convening the Ministerial 2+2 Dialogue at the earliest opportunity,” he said in the third tweet.

According to a statement of the Ministry of Defence (MoD), Singh and Defence Minister Dutton reviewed the defence cooperation between the two countries in the backdrop of the current regional situation.

Both Ministers acknowledged the momentum that defence cooperation between India and Australia has achieved following the upgradation of the partnership to a Comprehensive Strategic Partnership in June last year, the statement noted.

The participation of Australia in Exercise MALABAR has been an important milestone in this enhanced partnership, it added.

Both Ministers expressed satisfaction at the growing defence ties between the two countries, the statement further said.
Both sides reviewed the progress on various bilateral defence cooperation initiatives and expressed commitment to further elevate engagements between the Armed Forces, it added.

During the dialogue, both Ministers expressed their intent to convene the 2+2 Ministerial Dialogue at the earliest, said the Ministry of Defence.

Singh thanked Australia for their assistance to India in fight against COVID-19, it noted.

The Australia–India defence relationship now encompasses almost every major function of the military, strategic dialogues, military exercises and defence scientific and technological cooperation that is all a reflection of our growing interoperability and strategic partnership.

In June 2020, Australia and India decided to upgrade their Secretaries 2+2 dialogue (Defence and Foreign Affairs) to the Ministerial level.

“Appreciate the support from Australia on the current situation. Discussed Indo-Pacific and agreed to further strengthen our many convergences,” Jaishankar’s had said in a tweet.