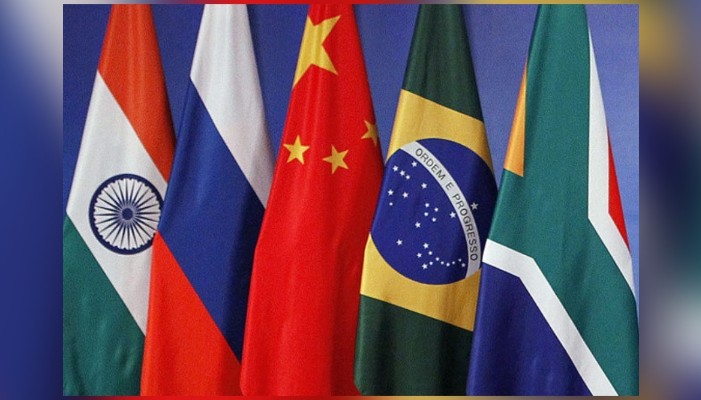 External Affairs Minister S Jaishankar will host the BRICS Foreign Ministers' meeting on Tuesday where discussions are likely to be held on India’s proposal for a consortium to address Post Covid-19 challenges and tackling non-communicable diseases as a flagship programme among other issues.

As Chair, India will work on specific deliverables across all three pillars of intra-BRICS cooperation in 2021, including Political and Security; Economic and Financial and Cultural and People to People.

The theme for the 13th Summit to be held under India’s chairmanship is ‘BRICS @ 15: Intra-BRICS Cooperation for Continuity, Consolidation and Consensus’.

At the working group meeting on Thursday, the Indian side was led by Dr Sanjeev Kumar Varshney, Advisor & Head, International Cooperation Division, DST, who reiterated Indian commitment for co-investment of resources, including funding for supporting BRICS multilateral projects, the statement noted.

It said that each BRICS country shared their experiences in fighting against Covid-19 and their pandemic preparedness.

The members of the working group on Biotechnology and Biomedicine suggested future directions of research collaboration among BRICs countries, the statement mentioned.

India and South Africa during the BRICS Foreign Ministers' meeting are also expected to raise and discuss with other member countries issues regarding seeking waiver of patent protections on the vaccines.

About 60 countries have already backed the proposal, the U.S. has recently agreed to support it, while the European Union (EU) has yet to give its final decision on it.

India and Russia are already discussing bilateral production of Sputnik V. At the multilateral level there has been no talk of producing vaccines to fight COVID and give it to other countries as well.

Last week, BRICS countries held a second Sherpas and Sous Sherpas’ meeting for four days from May 25 to May 28, and discussed the preparations for the upcoming meeting of the BRICS Foreign Ministers to be held on June 1.

They negotiated key deliverables for India’s BRICS 2021 Chairship, including outcome documents for the Foreign Ministers’ meeting.