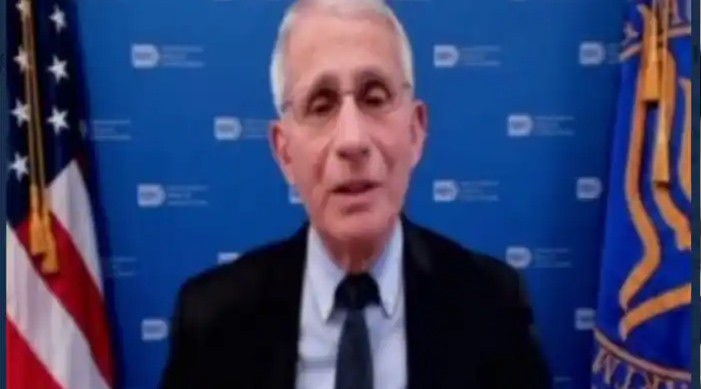 Dr Antony Fauci, Chief Medical Advisor to the US President

Fauci has attempted to hype an old and groundless narrative that the virus was leaked from a lab in Wuhan, the Global Times said

With international media and scientists pointing fingers at the Wuhan-based Institute of Virology for Coronavirus’ production, Chinese state media has come out in defense of the country and its ruling dispensation and has targeted US infectious disease expert Dr Antony Fauci for spreading canard against China.

Editor-in-chief of Global Times Hu Xijin, in an opinion piece accused Fauci of attempting to hype “the old and groundless narrative” of coronavirus leaking from a Wuhan laboratory.”

“In terms of expertise and influence, American experts such as Fauci can hardly match Chinese top experts,” wrote Hu.

“American experts are weaker than their Chinese counterparts in understanding the epidemic and influencing the anti-virus fight,” he added.

At a virtual event titled ‘United Facts of America: A Festival of Fact-Checking’, Fauci was asked whether he was fully convinced with the theory that the virus “developed naturally.”

"I am not convinced...I think we should continue to investigate what went on in China until we find out to the best of our ability exactly what happened," said Fauci, director of the National Institute of Allergy and Infectious Diseases.

"Certainly, the people who investigated it say it likely was the emergence from an animal reservoir that then infected individuals, but it could have been something else, and we need to find that out. So, you know, that’s the reason why I said I’m perfectly in favour of any investigation that looks into the origin of the virus," he added.

This and a recent report by US intelligence carried by The Wall Street Journal stating that three scientists from the Wuhan Institute of Virology were hospitalised in November 2019 triggered everyone to ask relevant questions on the same.

The newspaper said the report — which provides fresh details on the number of researchers affected, the timing of their illnesses, and their hospital visits — may add weight to calls for a broader probe of whether the Covid-19 virus could have escaped from the laboratory.

The report was followed by the United States demanding a “transparent” second phase of investigation into the origins of SARS-CoV-2 and the route of introduction to the human population.

"Phase 2 of the Covid origins study must be launched with terms of reference that are transparent, science-based, and give international experts the independence to fully assess the source of the virus and the early days of the outbreak," US health secretary Xavier Becerra said in a video message at the 74th World Health Assembly (WHA).

A similar report was also carried by an Australian paper in March.

“This is a blatant lie, a conspiracy created by US intelligence agencies and the media outlet to slander China, and China has denied it. Is it a coincidence that Fauci repeated such lines?” the Global Times said in a report.

Meanwhile, Chinese foreign ministry spokesperson Zhao Lijian said that the Wuhan Institute of Virology had not been exposed to Covid-19 before December 30, 2019, and there has been a "zero-infection" record among its staff and graduate students so far.

“What is the real purpose for the US to continue to play up the so-called "lab leak theory"? Does it really care about the origin-tracing of the virus or just wants to divert attention?” Zhao asked rhetorically at a press conference.